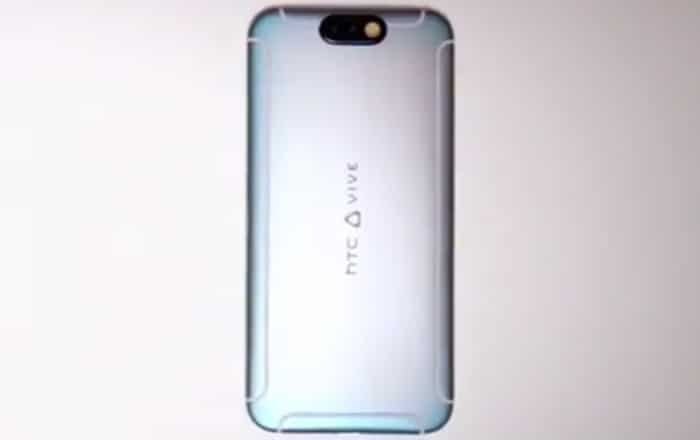 HTC is all set to host a ‘For U’ event on January 12 where it’s expected to release the HTC U Ultra, HTC U Play, and HTC One X10. A pair of videos now offers some clues as to what else the company may be planning for the day.

Both were publicized by serial leakster Evan Blass and sourced from an HTC visual/motion designer named Shaun Saperstein. It’s unclear as of now whether the two are just concept videos or the real deal. One was notably taken down after news of its contents became known, but can still be viewed online.

That particular video had been publicly uploaded 6 months ago and showcases what appears to be a Vive-branded smartphone. The handset can be seen at the tail end of a short promo that shows off an HTC venture called CMF Kitchen. In product design parlance, CMF is code for Color Material Finish. This falls in line with what’s shown in the teaser.

People can be seen experimenting with different shades and textures for smartphones. HTC appears to be focusing on 3 aspects in particular namely chemicals, super fibers, and litmus. It’s the last that gets transformed into the Vive device. The handset looks nothing like previous HTC offerings and features a unique style with bold antenna lines on all four sides. 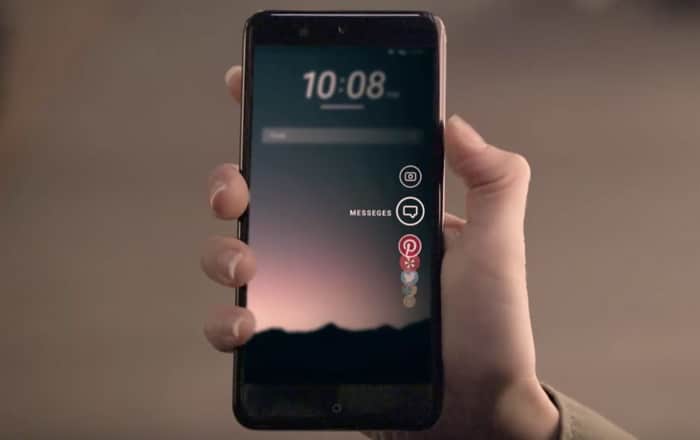 A Vive-powered smartphone would presumably focus on mobile VR. Just how it would do so is unknown as of now. It might be compatible with Google Daydream or even utilize its own take on the software that powers the VR headset.

As for the second video, it showcases 2 people taking advantage of a side-scrolling feature to quickly access shortcuts on a handset, rumored to be the HTC Ocean. It was uploaded by Saperstein just a few days ago and is likely an experimental concept video and not an official promo.