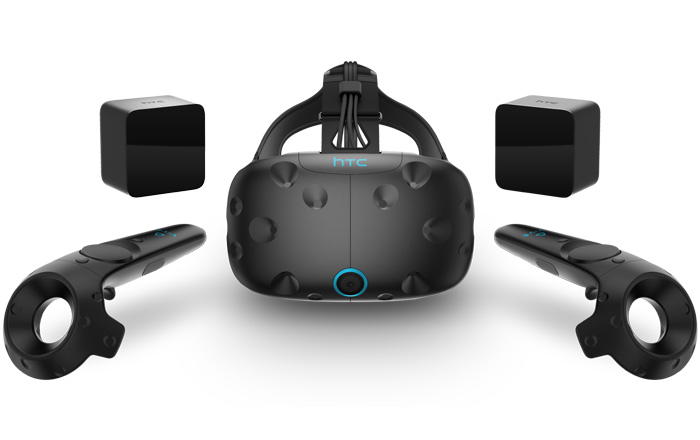 HTC has finally launched the Vive in India, nearly a year after the VR headset made its debut internationally. The device has been slapped with an eye-wateringly expensive Rs 92990 price tag, a significant premium over its $799 (roughly Rs 51700) cost in the US.

Rs 92990 will net buyers the Vive headset, 2 wireless controllers, and 2 Lighthouse base stations. The last helps set it apart from others since it allows for motion tracking. Users can place the two in different corners of a room in order to have the freedom to walk around in a virtual environment rather than just staying put.

HTC is selling the Vive exclusively via Amazon India. Pre-orders begin from April 22. It’s also going to set up in-store experiences at select locations across the country so people can try it out for themselves. A dedicated site for the product is supposed to go live on April 25.

HTC is bundling two VR experiences for users in the form of Everest VR and Richie’s Plank Experience. The first lets them explore their inner mountain climber by scaling Mount Everest from the comfort of their home and the second indulges their inner daredevil by making them walk a plank placed 80 stories high above the ground.

It’s well known that the Vive’s biggest competitor is the Oculus Rift. However, this won’t be the case in India since the latter is yet to arrive in the nation. The HTC offering will instead have to battle it out with the Sony Playstation VR which has a far more affordable Rs 41990 cost.