After numerous leaks and rumors, the HTC U12+ launch event has finally made the device official. The smartphone boasts of a number of upgrades over its predecessor, most notably with Edge Sense 2.

The original Edge Sense tech allowed users to squeeze the frames of the phone to trigger actions like calling the Google Assistant. Edge Sense 2 does this as well but adds some fresh gestures to the mix. A double tap on either side activates a one-handed mode. Holding the phone on both edges when turning it stops the screen from switching to landscape.

The other big change comes via the HTC U12+’ pressure-sensitive buttons. The keys look like regular buttons, but they provide haptic feedback instead of a click. It works just like the iPhone 7‘s Touch ID button in that way. The change allows the handset to have an IP68 rating against water attacks. 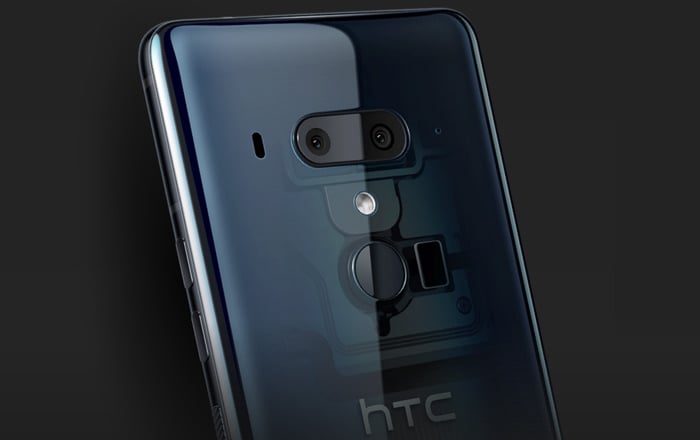 HTC is touting the fact that the U12+ managed to score 103 in DxOMark’s photography test. This makes it the second-highest rated smartphone in the organization’s rankings, behind the Huawei P20 Pro.

Also See: HTC’s getting into blockchain with the Exodus phone

There’s also a One-touch auto zoom tool to help owners zoom in on a subject without having to manually increase the zoom level themselves. Like before, there’s no 3.5mm headphone jack on the U12+. Individuals will just have to make do with the included HTC USonic noise-cancelling USB-C headphones.

HTC hasn’t ditched its signature BoomSound speakers though, pairing it with Hi-Fi sound quality. The device’s looks are another highlight, featuring an eye-catching Liquid Surface design that features 3D Gorilla Glass 5 all around. The 6-inch QHD+ screen has a trendy 18:9 aspect ratio, with borders which are 2mm thinner than before.

Specifications of the HTC U12+:

The HTC U12+ is available in Ceramic Black, Flame Red, and Translucent Blue. The last is partially transparent, allowing a peek inside the inner workings of the handset.