HTC U12 gets spotted at 5G event

HTC had previously confirmed that it was scaling down on the number of smartphones it would be releasing this year, but one phone which is still set on its course is the U12. The flagship phone unexpectedly got leaked by the brand itself recently at a 5G industry conference in Taiwan.

HTC, along with Nokia and Asus, showed off a bunch of devices at the 5G event including the Vive Pro, Vive Focus, unlisted VR products, and unannounced phones. A Taiwanese news site called Sogi covered the event and its report was spotted by an XDA Developers staffer on Twitter.

His tweet in turn was seen by frequent leakster Evan Blass who claims the smartphone is the HTC Imagine AKA the HTC U12. Going by the photo above, the handset has an 18:9 screen, rumored to be of the 6-inch 1440 x 2880p variety. There are minimal borders at the bottom and top and curved sides which appear to bend a bit more than the HTC U11+. 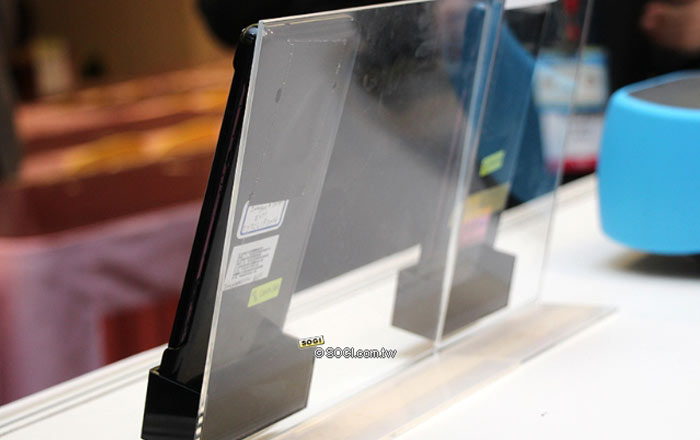 While the alleged U12 was being shown off at a 5G event, it’s possible the device won’t actually be supporting the standard. Instead, it may be using gigabit LTE tech which takes advantage of Licensed Assisted Access (LAA) to combine LTE with 5GHz Wi-Fi bands for extra bandwidth.

The U12 in the images above boasts of 802.58Mbps speeds, close enough to 1Gbps. Based on this, the phone will likely adopt a Snapdragon 845 processor since the SoC comes with an X20 LTE modem which promises download speeds of 1.2Gbps at the most.