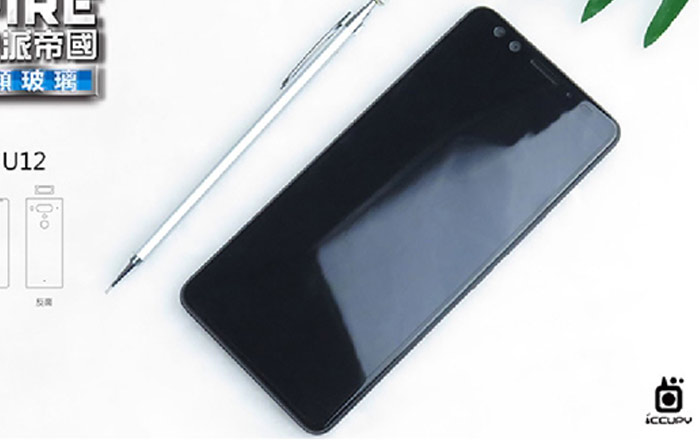 The HTC U12+ is yet to see the light of day, with the latest round of speculation suggesting that it might come out at some point in April. Till that day arrives, a Chinese report is here to fill you in on almost all the handset’s specifications.

According to cnBeta, the HTC U12+ is going to run on a Snapdragon 845 processor, the SoC of choice for any self-respecting Android flagship in 2018. It’s going to pair all that power with 8GB of RAM and 128GB of ROM. MicroSD card support will allow users to expand on storage up to 2TB.

Interestingly, it seems HTC is going to equip the device with 4 cameras, 2 at the front and 2 at the back. The ones at the front may be 8MP sensors with OIS and HDR support. The main lens at the back might be a 12MP snapper with an aperture of f/1.5, OIS abilities, and autofocus. The secondary shooter hasn’t been mentioned, but it’ll probably have a 16MP resolution.

The leak claims the U12+ is going to have a 5.5-inch screen with a QHD+ resolution (2960 x 1440p). There’s also a mention of Edge Sense 2, the sequel to the company’s squeezable technology. Even the brand’s USonic tech with Active Noise Cancellation is present. It allows the earphones to adapt sound according to the user’s ears.

Audiophiles will be happy to know BoomSound, Hi-Res Audio, and 3D Audio recording could be features in the U12+ as well. Other highlights include IP68 certification against dust and water, Qualcomm Quick Charge 4+ support, wireless charging, NFC support, Wi-Fiac support, and dual-SIM support.