The HTC U11 has gotten spun-off into 2 new models, with one aiming for the same premium touch and the other looking to appeal to more cost-conscious crowds. The U11+ and U11 Life both look the same as its predecessor and feature a squeezable Edge Sense frame, but there are fundamental differences between the two.

Starting off with the U11+, the most noticeable upgrade can be up seen up front on the phone’s 6-inch 18:9 HDR10-supporting display. HTC’s finally hopped on the minimal bezel trend with the handset, though its margins aren’t quite as extreme as the Galaxy S8 or iPhone X. There aren’t any home buttons to press here. Moreover, fingers will now have to be scanned at the back.

The liquid surface design at the back has been carried over from the U11, now in a new translucent option to gaze into the inner workings of the U11+. Battery power’s gotten a 30% boost to 3930mAh, and Edge Sense now opens up to a Edge Launcher to easily access a number of apps with a squeeze. There’s also IP68 protection against the perils of dust and water. 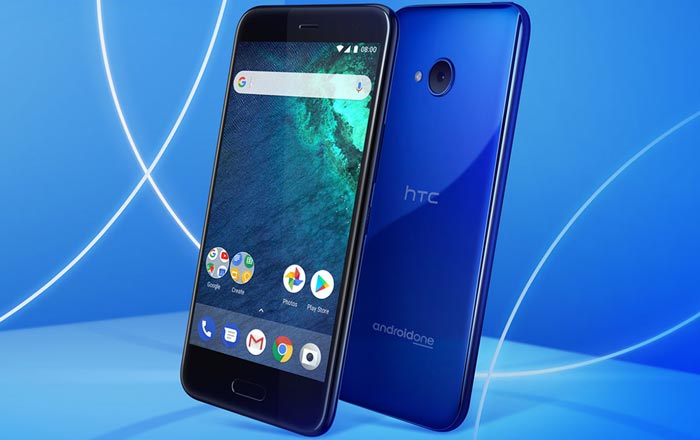 As for the U11 Life, the device promises the best of the U11 at a much more affordable rate. Key style differences include an acrylic back instead of glass and a plastic frame instead of metal. There are plenty of spec downgrades as well such as a Snapdragon 630 processor, 2600mAh battery, and 5.2-inch 1080p screen.

Interestingly, HTC’s planning on selling the U11 Life in 2 variants. The North American version will run on Android 7.1.1 Nougat and Sense UI, with an upgrade to Oreo set to arrive before the end of the month. The rest of the world will get its hands on the Android One model of the handset running Oreo out-of-the-box.

Specifications of the HTC U11+: