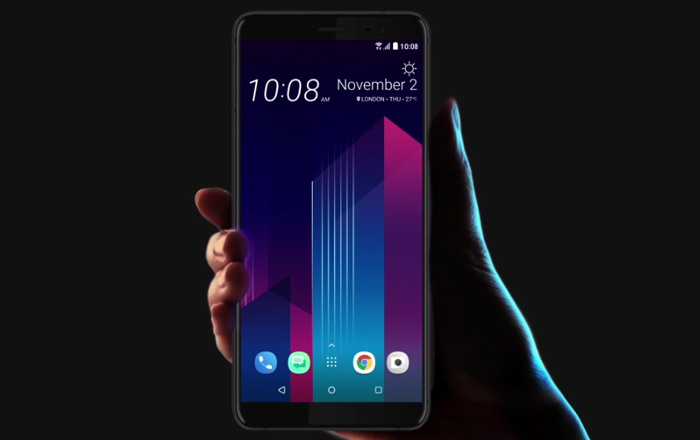 The HTC U11+ has gotten unveiled in India about 3 months after the phone made its international debut. It had been launched alongside a U11 Life variant as well, but the latter hasn’t arrived in the country yet.

Both are spinoffs from the squeezable HTC U11, with the HTC U11+ serving as the more premium option. The main draw here is its 6-inch QHD+ DCI-P3 18:9 HDR10 edge-to-edge display which adds some bezel-free flair to the overall style.

The U11+ will be vended exclusively via Flipkart in India. It’s been priced at Rs 56990 in the nation, a bit lower than the smartphone’s EUR 799 (roughly Rs 63600) cost would suggest. It’s going to be sold in its 128GB of ROM and 6GB of RAM variant, with no word on whether the 64GB/4GB version will be available at any point as well.

Specifications of the HTC U11+:

Also Read: HTC U12 gets spotted at 5G event

The HTC U11+ is set to go up for sale on February 7. It’s been listed only in its Amazing Silver color option on Flipkart. The Ceramic Black option is coming to India soon. The company hasn’t said anything about the special Translucent Black version yet, a pity since the semi-transparent back sets the phone apart from others.