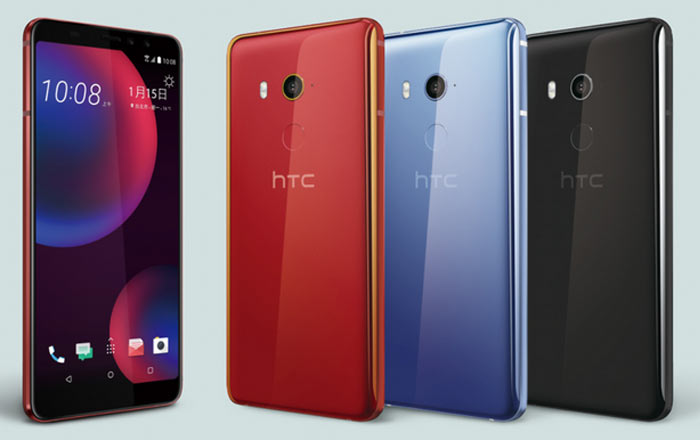 The HTC U11 EYEs has gotten announced in China, coming out after nearly everything about the handset had gotten leaked out ahead of time. The smartphone is the first offering by the brand to offer up facial recognition skills, hence its unusual name.

There’s also the matter of its dual 5MP cameras up front. HTC’s promising enhanced selfies through the power of a real-time bokeh tool, lightning-quick HDR, a standard Beauty mode, and a voice-activated selfie feature. The 12MP UltraPixel 3 single rear shooter at the back is the same one found on its flagship U11.

Highlights include an aperture of f/1.7, UltraSpeed Autofocus, dual-LED flash, OIS, 4K video support, and a BSI sensor. The U11 EYEs has several other USPs such as its squeezable Edge Sense-equipped frames, liquid-metal premium design, and a minimal-bezel 18:9 display which stretches 6-inch diagonally.

There’s no 3.5mm headphone jack on the HTC offering, so users will have to make do with listening to music through the USB Type-C port. The company’s provided for a pair of USonic Smart Sonar headphones for this purpose. The accessories are capable of studying the inner shape of the ear and formulating a customized sound profile according to its findings.

Specifications of the HTC U11 EYEs: