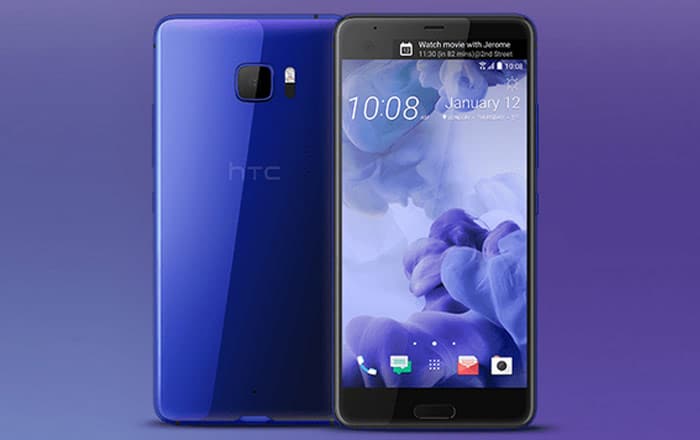 The heavily-leaked HTC U Ultra and U Play have finally gone official at the brand’s For U event. The two have a lot in common in terms of design and features but differ widely when it comes to specs like processing firepower and size.

Starting off with the flagship U Ultra, the 5.7-inch smartphone boasts of a glossy style that is meant to imitate the way liquids look and feel, enveloping the metal unibody with glass that has been moulded evenly around the sides and edges. HTC claims it developed an entirely new process where colors bond to glass in multiple layers so that it reflects light from every angle.

HTC plans to up the ante by outing an ultra-hard sapphire edition of the device with 128GB of ROM in limited quantities. The material is considered tougher than most other surfaces and is notoriously hard to manufacture. Another notable facet of the phone is its second screen which sits above the main panel.

Like the LG V20 before it, the U Ultra takes advantage of its secondary ticker display to showcase app shortcuts, notifications, and top contacts. Continuing this quest to make things more convenient for users is the new voice-activated HTC Sense Companion. The digital assistant is capable of giving advice to owners telling them to dress warmer in case of snow or carry a power bank for long trips.

As expected, the HTC device has let go of the 3.5mm headphone jack. Consumers will have to hear music through the USB-C port via the company’s USonic headphones. The firm claims the accessories can analyze a person’s ears via a sonic pulse and then proceed to adapt audio as per its findings.

Specifications of the HTC U Ultra at a glance:

As for the U Play, the handset differs from its big brother via its 5.2-inch 1080p screen, MediaTek Helio P10 processor, 2500mAh battery, 16MP front and back cameras, and Marshmallow OS. It’ll be available in 3GB/32GB and 4GB/64GB combinations. No cost or availability details have been announced for it as of now.

The U Ultra is currently up for pre-orders on HTC’s site priced at $749 (roughly Rs 51000). Shipping is set to begin from mid-March.