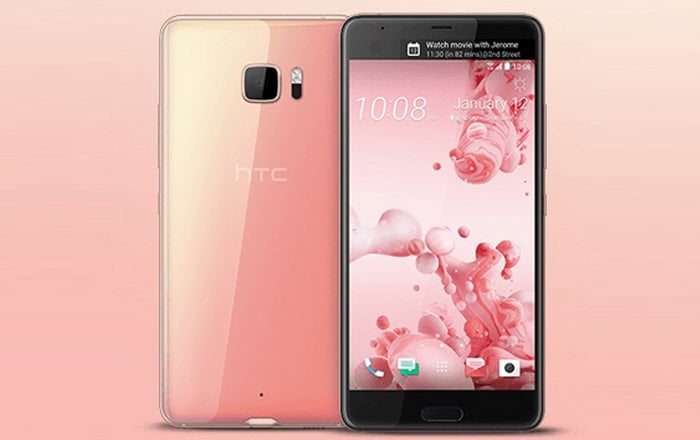 The HTC U Ultra is all set to make its India debut on February 21 at an event in New Delhi. The phone first came out in January this year alongside the U Play.

There’s no mention of the HTC U Play in the invite. It’s possible the lower-specced variant will hit India at a later date. The two have a lot in common in terms of design but differ wildly when it comes to specifications. Both grabbed headlines upon arrival since neither handset came with a headphone jack.

The U Ultra is currently up for pre-orders in the US priced at $749 which translates to roughly Rs 50150. The 5.7-inch phablet features a unique liquid-inspired glossy design which has molded glass on the front and back blended with polished metal.

HTC had also showcased a limited-edition sapphire version of the smartphone at the time of its announcement which possesses double the memory at 128GB. Top highlights of the device include its second screen, HTC Sense Companion, and USonic headphones.

Specifications of the HTC U Ultra at a glimpse:

We’ll keep you updated on the HTC U Ultra’s India cost and availability the moment it lands in the country.