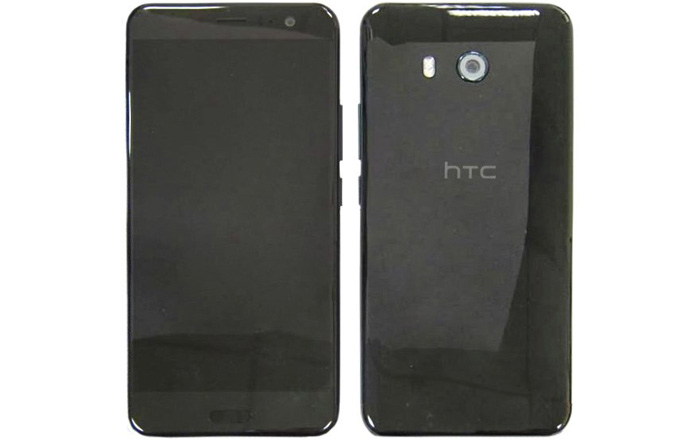 The HTC U has gotten leaked yet again, this time in the form of a live image that provides a better look at its design. The phone, formerly known as the HTC Ocean, is expected to debut a unique Edge Sense feature to help it stand apart from rivals.

The latest look at the HTC U comes courtesy frequent leakster Evan Blass. The device in the leak has the same glossy liquid-esque metal design as the U Ultra. However, it doesn’t appear to have a secondary ticker display on the front like the latter. The camera module has been reworked as well, with the newer phone sporting a circular unit rather than the square one favored by the older device.

It’s a pretty minimalist style all-in-all, something which may or may not attract buyers on the lookout to buy a flagship phone. When exactly these consumers will be able to get their hands on the HTC U is a bit of a mystery as of now, with the last set of reports pointing towards an April unveiling. The company itself hasn’t said anything about the smartphone.

The HTC U’s Edge Sense skills are probably going to be its biggest highlight. The feature allows people to get things done by squeezing the touch-sensitive frame with varying degrees of pressure and short or long periods of time. For example, a short squeeze would trigger the camera to open.

A quick summary of the expected specs of the HTC U:

This will probably take some getting used to, especially since a person might accidentally hold their phone too tight and open something they didn’t mean to. We’ll keep you informed on the HTC U up until the company decides to out the phone officially.