HTC teases upcoming launch at IFA, could be the HTC Desire 820

HTC already confirmed that it’d be holding an event on September 4 at the IFA 2014 and offered a teaser of what could be an upcoming Desire series device. The Taiwanese OEM posted a picture to its official Weibo account which has the numbers 820 written.

This quickly sparked rumors about a HTC Desire 820 smartphone mainly because new additions to the lineup were expected at the expo. And given the company’s timing of sending out invites not long after Qualcomm confirmed that phones with its 64-bit Snapdragon 615 SOCs were coming soon, many believe that the alleged handset could feature the said chipset. 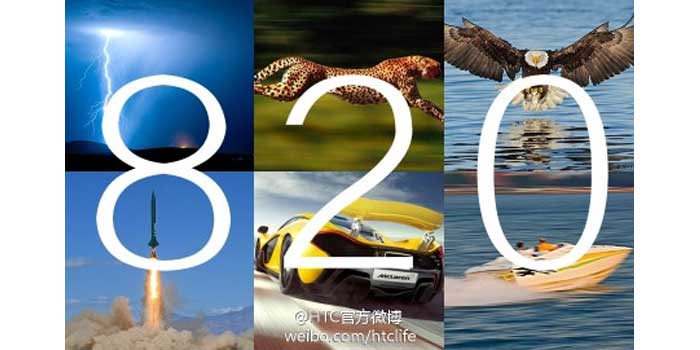 G4Games states that there’s nothing concrete to share about the smartphone for now, but we do have a deal of information on the Snapdragon 615 processor. This SOC will be the first to feature an octa core configuration from Qualcomm and it’ll be based on the Cortex A53 featuring two clusters, quad cores running at 1.7GHz and the other four at 1GHz.

Unlike the 64-bit Snapdragon 410 which comes with the Adreno 306 GPU, the new chipset will offer Adreno 405 graphics which is said to be at par with the Adreno 320 found in most 2013 flagships. Additionally, the SOC features integrated 802.11 n/ac Wi-Fi and Cat4 LTE with speeds of up to 150Mbps.

HTC is also working on the A11 Desire phone which is based on the Snapdragon 410 processor. The smartphone is rumored to carry a 4.7-inch FWVGA touchscreen, a 5MP rear camera and a VGA front snapper. It’s said to reach the US via Sprint and will most likely to go on sale globally.

The Snapdragon 615 chipset is mainly aimed at Asian markets where octa core makes a big deal, so we doubt that the HTC Desire 820 will be widely available.