After getting the hands-on treatment last week, the HTC Desire 620 smartphone has finally been launched, but it wasn’t alone. The company has also revealed a second handset called the Desire 620G which offers slightly modified specs and has a cheap retail tag.

The HTC Desire 620 is as rumored, a 64-bit smartphone. The device is powered by a 1.2GHz quad core Snapdragon 410 chipset which is not much more powerful than the Snapdragon 400 found on most mid-range phones. The 620G handset, on the other hand, has a MediaTek MT6592 SOC with an octa core Cortex A7 configuration at 1.7GHz. 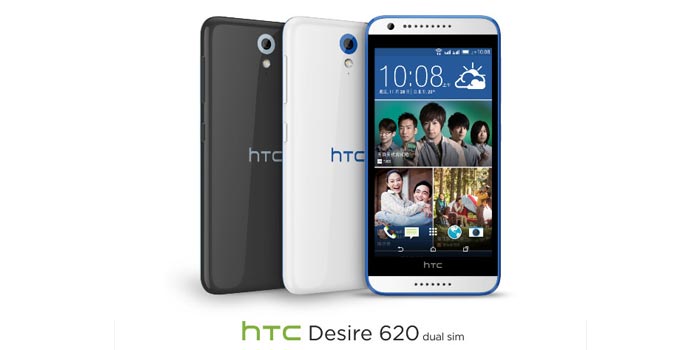 Both devices are dual SIM enabled and apart from them having different processors, the former phone carries 4G support, while the latter has 3G HSPA+ connectivity. The handsets are identical in design and share various common features.

Also read: Linshof i8 handset will have you fall in love with its design, specs and price

For instance, they have a 5-inch 720p HD display on the front accompanied by a 5MP snapper and dual BoomSound speakers. An 8MP camera can be found on the rear backed by the Eye Experience software suite. 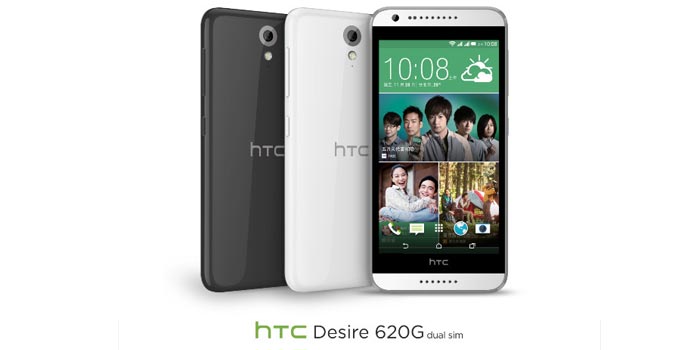 The HTC Desire 620 will be available mid-December in blue, white and gray for around $225, while the Desire 620G will go on sale in options of gray marble and white swallowtail and cost approximately $160. ePrice notes that both phones are headed to Taiwan first with other Asian markets to follow soon.