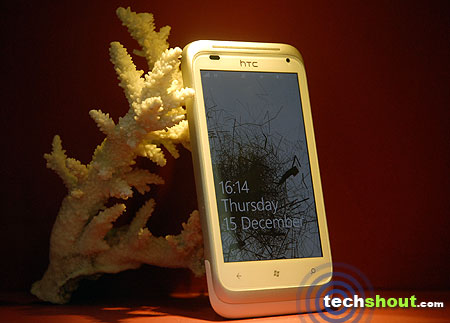 Coming from a manufacturer with a wide catalog of smartphones based on Microsoft’s mobile platforms, the HTC Radar we’re putting through a review is one of the first Mango powered handsets to emerge from the Taiwan based company. Released over a year ago, the Windows Phone 7 OS has been coupled with various devices including the HTC HD7 and the Dell Venue Pro. And for some reason, it still gives off that hint about being the underdog in the galactic mobile OS wars. But before we begin, let’s take a little peek into the specs sheet of the Radar to get a good idea of what we’re about to deal with. Concealed within the shell is a 1GHz processor, 512MB of RAM, a 1520mAh rechargeable Lithium-ion battery and 8GB of on-board storage. 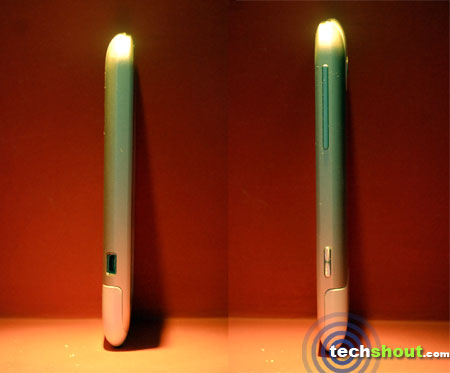 When it comes to packaging, there’s not much to say. The HTC Radar landed on our doorstep in a simple white box holding nothing more than the required components. Just like any 7-year old unwrapping a present, we hastily opened the box to first uncover the bright smartphone, dressed in a well balanced mixture of white and silver. Resting just below it were the HTC Innovation earphones along with a USB wall charger as well as a microUSB cable. However, something felt missing. And it didn’t take us long to realize that the handset wasn’t accompanied by a removable battery. The company has concealed the 1520mAh powerhouse within the device’s framework. 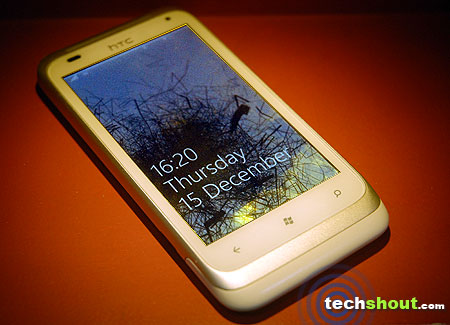 Like we’ve already mentioned, the Radar smartphone comes flaunting a bright appearance through the eye catchy combination of white and silver. HTC has indeed put in a lot of effort to craft this device just right. The body is basically cut from a single metal piece and holds a candy bar form factor. We were rather impressed with the unibody casing adopted by HTC; it’s what gives the handset a sturdy and rugged feel. So it’s got the looks, but how well it copes with portability is still the crucial matter at hand. One noteworthy fact about this device is that the aluminum casing constantly keeps it cool. And there’s this chilly feeling you need to get used to each time you grasp it. It may not fall under the lightweight category, but it sits well in the hand. 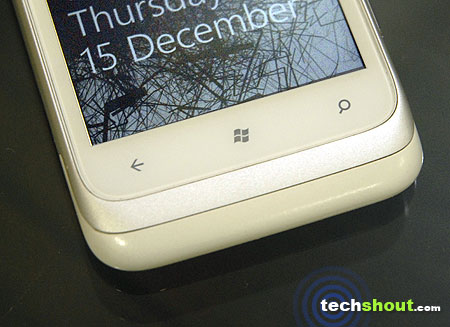 Since the HTC Radar was going to stick around for a while, we took the time to cruise down its smooth edges and well rounded sides to uncover a few components. The left is equipped by a microUSB port for synchronizing with a PC as well as for charging. The upper border and the right feature a 3.5mm audio jack, the sleep button, volume controls and a dedicated camera button for snapping up stills. The front employs a 3.8-inch LCD touch screen that portrays a resolution of 480 x 800 pixels, three capacitive touch buttons for home, back as well as search functions and a front facing VGA camera. When flipped over, we uncovered the 5MP camera with an f2.2 lens and LED flash for capturing images in low light conditions. The loudspeaker can be found resting just besides it. 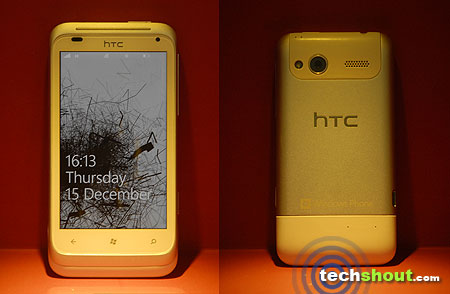 The specs sheet may have not provided much, but the Metro UI is what set us ablaze, flaunting its simple yet feature filled minimalistic design. We personally loved switching between light and dark themes to correspond with day and night conditions. Gliding through the interface was really easy. Smooth as it was, almost everything was compiled within the two available screens. The fact that all the applications were listed in alphabetical order, only added to our convenience. It totally beats flicking through homescreens and digging within menus for accessing apps.

Besides its fluidity, the Metro UI allowed us to easily rearrange tiles on the start menu and even pin content onto it within two simple taps. At the same time, someone who’s new to the WP7 platform may stumble around a bit before finally figuring out all the works. Since the OS isn’t open source, HTC seems to have figured a walkaround and has add in a bit of its ‘Sense’ through the HTC Hub app. Whilst opening and closing applications and even browsing through menus, the transition effects employed earned an easy A+ in our books. 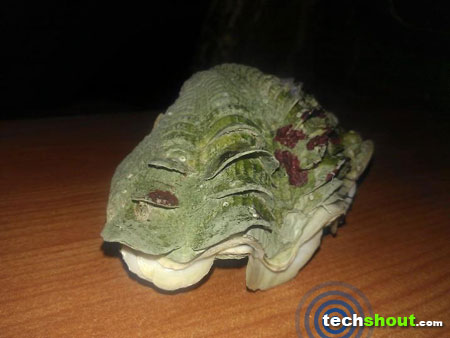 Compared to the competition in the present scenario, the hardware embedded within the HTC Radar probably won’t stand a chance against the highly equipped devices prevailing in the market. However the combination of the 1GHz processor and 512MB RAM ensured smooth operation throughout the time we spent with the handset. When it comes to multitasking, lags in performance are what we failed to notice. Our tests comprised of a few activities such as playing background music and at the same time, browsing the web with over 6 tabs left open as well as constant switching between games, the internet and replying to feeds on the People hub. When receiving and making calls, we noticed that the audio levels had a tendency to drop at times.

The little things that matter most 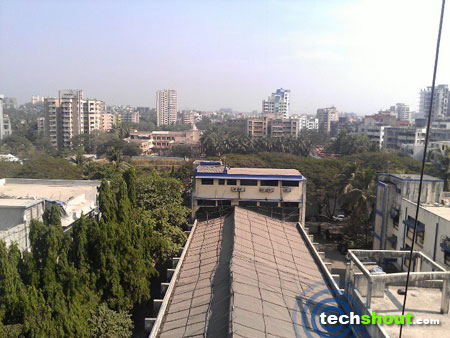 The Metro UI comes with deep integration of social networking features and through the People as well as Me hubs, we could seamlessly connect to multiple accounts like Facebook, Twitter and Windows Live. Well that isn’t all – photos captured through the camera or even shared on Facebook and Windows Live profiles were directly accessible through the Pictures hub. The Zune powered Music and Videos hub sports a radio player, synced content and a link to the Marketplace. We had a delightful experience when it came down to audio playback. With the SRS music enhancement turned on, the sound quality was well enhanced and crisp. However, the HTC Innovation earphones did sound a bit harsh and comfort isn’t really its strong point. One thing’s for certain – the rear facing 5MP camera coupled with the f2.2 lens captures impressive images and HD videos. Battery life on the HTC Radar isn’t any different from other smartphones out there. On heavy usage, a maximum activity time of around a day is what you can expect.

The SRS enhancement on the attractive Radar provides the added boost to the audio output quality.

Through deep social network integration, we could conveniently manage multiple accounts through a single interface.

When it comes to accessibility and appearance, the Metro UI is well implemented within the smartphone and it’s definitely for keeps on our list.

Since there’s no removable battery, it isn’t going to be an easy task if you’ve got a replacement in mind.

The HTC Radar certainly has a few drawbacks when it comes to housing high performance components, but it isn’t alone. Ever wondered why most smartphones on the Windows Phone 7 platform lack some of the enviable hardware seen on competitor devices? Well, it’s a Microsoft thing. Keeping these aside, the handset makes a decent pick. And if high storage isn’t on your requirements sheet, we’d highly recommend this device which can be picked up for $99.99 after a mail-in rebate and plans through T-Mobile, or at around Rs. 25,490 in India. So based on our experience with the phone, we’re more than happy to give it an 8.3 out of 10 rating.