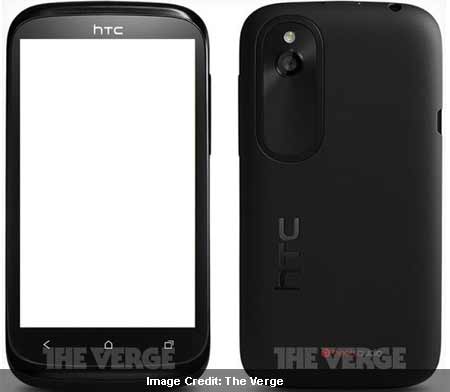 We haven’t heard much from HTC ever since it released the One series of smartphones, but it seems like the company is going to bounce back with the HTC Proto. The rumored device is expected to show up at the IFA which is scheduled to begin towards the end of this month and is likely to witness the launch of the Galaxy Note 2.

According to the guys over at The Verge, the Proto is nothing but a version of the previously released One V. Apart from the external form factor, the newest kid on the block has borrowed most specifications from the aforementioned member of the One range. While speculations about the mid-range smartphone have been doing the rounds on the web for quite some time, its pictures have surfaced only now.

If the rumors are to be believed, the phone in question will flaunt a 4-inch WVGA multi-touch display, outfitted on a chassis that measures not more than 9.62mm in thickness. A 1GHz dual core Qualcomm Snapdragon processor rests under the hood. The device will not be sporting the curve that sticks out from the lower end of the One V, but will instead adopt a form factor similar to the other smartphones of the range.

The leaked images also reveal that this HTC handset will be integrated with Beats Audio to ensure an enhanced acoustic experience while on the move. It should treat users to the Ice Cream Sandwich platform tweaked with the latest version of HTC Sense. A 5MP camera has also been thrown into the mix.

The HTC Proto price and release date are not known as there hasn’t been an official announcement.