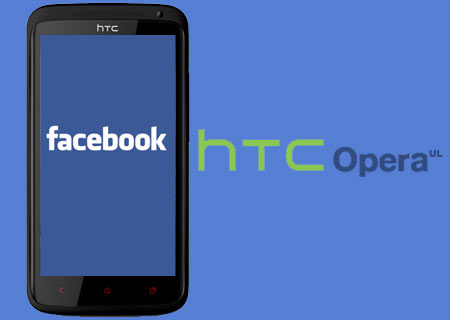 The existence of a Facebook-branded phone has been under speculation for a long time now and it looks like the HTC Opera UL could just be that handset. The device was recently spotted online after it showed up in a benchmark test.

According to Pocket-lint, a ‘very reliable source’ has informed them that the handset is an OEM product for the SNS and it has been delayed. What isn’t clear is whether the launch date has been pushed back or its production. Based on the details listed out on the NenaMark 2 benchmark test website, the Opera UL should carry a 1.4GHz processor with Qualcomm Adreno 305 graphics. The CPU employed here might just be a dual core Snapdragon S4 Plus. The screen’s resolution is said to be 1280 x 720p, while the display size is currently not known. 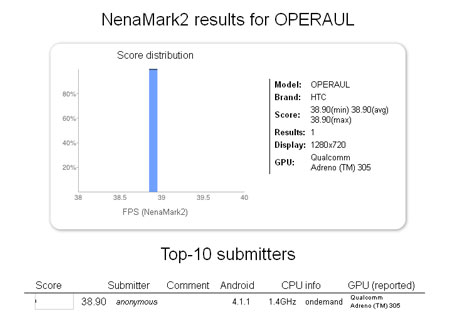 A Facebook phone from HTC seems viable considering that the manufacturer has already provided quick access to the SNS’s services on a couple of its handsets before. The Salasa and ChaCha made their debut equipped with a dedicated Facebook button through which users could conveniently check into places, update their status, upload photos and do a lot more. Similar to these devices, the rumored one is expected to be launched with the Android platform (Jelly Bean) as well. This brings us to the question – will the company provide a modified UI or simply throw quick access features into the smartphone? Well, anything’s possible. But it’s hard to speculate at this point of time.

There’s no official or rumored release date for the HTC Opera UL Facebook phone. And chances of price details spilling out into the open are farfetched. Well, if this report holds true, the smartphone should already be in the development stage.