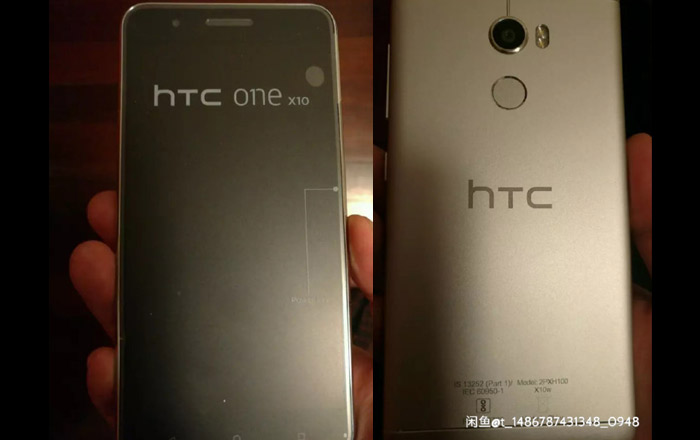 The HTC One X10 was expected to make its debut by the end of January, but the brand decided to launch only the U Ultra and U Play that month instead. A fresh Weibo leak now suggests that the company may be planning to out the handset at the MWC 2017.

The post also includes two hands-on images of what is claimed to be the One X10. The photos closely resemble previous renders of the device and even confirm its name. Based on the snaps, the phone is a slight departure from its predecessor, at least in terms of design.

It looks like HTC has carved the phone out of metal and equipped it with a fingerprint sensor on the back. The smartphone is apparently a budget offering, meant for markets like India. As such, it sticks to almost the same specs as its previous variant like a 5.5-inch full HD screen, 3GB of RAM, and 32GB of ROM.

Also Read: HTC U Ultra coming to India on February 21

Major changes might be found in the One X10’s photography and processor department. The former reportedly ups the ante to a 16.3MP rear and 7.9MP front camera combination, while the latter may get a lower-clocked 1.9GHz octa-core MediaTek Helio P10 SoC.

As for its cost, speculation hints that HTC is planning to slap a CNY 2000 (approx $290 or Rs 19500) price tag on the handset. Stay tuned for more on the One X10 as and when the manufacturer decides to officially unveil it to the world.