HTC One X+ price in India gets tempting cuts 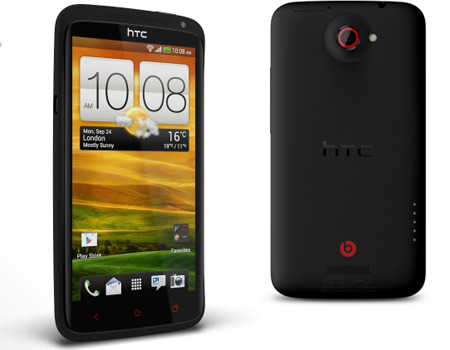 The HTC One X+ was being sold in India at around Rs 40,000 roughly seven months ago. So we expect that there will be a lot of takers for the HTC device once word of a reasonable discount gets around. Well, how reasonable is a slashed down rate of approximately Rs 28,999? That’s right, the phone is being offered at a discount of more than Rs 10,000 currently.

The HTC One X+ runs on Android Jelly Bean flavored with the Sense experience. It uses a microSIM card and is compatible with HSPA/WCDMA 850/900/1900/2100MHz and GSM/GPRS/EDGE 850/900/1800/1900MHz networks. 1GB of RAM takes the HTC One X+ through the various tasks users put it through. And giving interested parties a break from Snapdragon is the 1.7GHz quad core Tegra 3 processor inserted into the heart of the device. So the Taiwanese manufacturer touts 67% faster performance on this one as compared to its predecessor.

There’s no need to mess around with memory cards here since the company has spooned 64GB of hoarding space into the HTC One X+. The 720p HD touchscreen nailed across the front measures 4.7 inches and is protected by a layer of Corning Gorilla Glass 2. The back panel plays host to an 8MP camera with LED flash, AF, 1080p recording, f2.0 aperture and the company’s dedicated ImageChip technology. Users can also get 6MP stills while taking an HD video owing to the VideoPic feature. The one-press continuous shooting mode can snap up to 99 pictures and there’s a slow motion option too.

Key specs of the One X+ 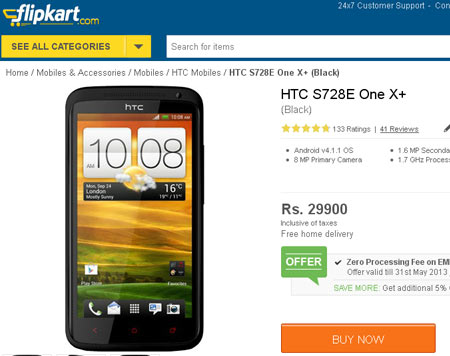 The 64GB version of the One X+ is available through various eCommerce websites as well as in stores. Here’s a look at the list of online vendors offering it for tempting price tags at present.