It has been a long wait since the HTC One went official for Verizon and now finally, the carrier has disclosed through its Twitter account that the smartphone will go on sale starting August 22. The device will be available on contract for $199.99 and there’s no confirmation on which color choices will be in stock.

While other major carriers have been selling the HTC One from a few months now, Verizon has been quite slow to offer the device. There was even a point where the possibility of its being launched through the provider was dropped, that’s until an official confirmation was issued. The HTC One was originally launched with Android 4.1, but can now be updated to version 4.2 Jelly Bean. We suspect that this particular variant will arrive with the newer firmware out of the box. Additionally, buyers will be presented with the Sense 5 UI and BlinkFeed which has received mixed responses from users (read our review to know more). 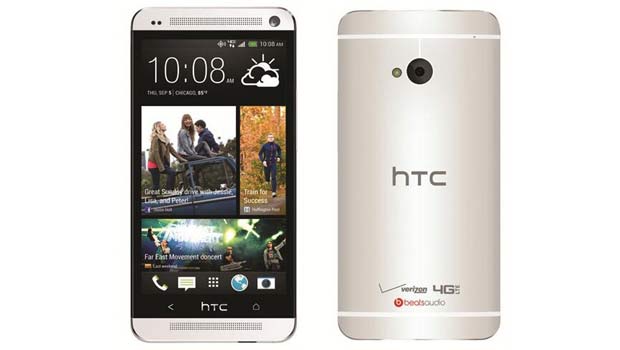 The HTC One has managed to receive high popularity owing to its all-metal design and rich entertainment features. In a nutshell, the smartphone is equipped with dual Boom Sound stereo speakers and a 4.7-inch 1080p LCD display on the front, while the rear dons the UltraPixel camera. On the inside rests a Snapdragon 600 SOC, 2GB of RAM, 32GB of storage and a 2300mAh battery.

Verizon notes that the HTC One can be purchased for the aforementioned price through its online and retail stores. In recent news, Sprint has disclosed that it’s offering the glamor red version exclusively in the US. The price remains the same as the other variants and there’s also a limited time buy one, get one free promo going on.