It’s more or less confirmed that HTC will be bringing over its flagship to the Windows Phone domain as the One W8 handset, but how much differed will the smartphone be from its Android sibling? Well, a new report says it has all the answers we’re searching for.

Firstly, the HTC One W8 for Windows Phone might go official with a more subtle branding sans the words ‘W8’ and ‘Phone.’ WPCentral claims to have a complete list of specifications and features of the handset, but hasn’t mentioned it source. Nevertheless, the website has provided accurate and reliable information in the past, so we’re assuming the information is authentic. 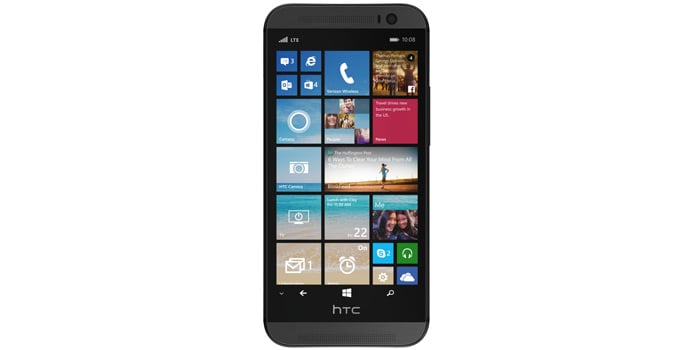 To no surprise, the upcoming WP8.1 device will be identical to its Android version where design and specs are concerned. This means that the Duo Camera and Boom Sound speakers will also be onboard. What’s interesting is that HTC has managed to port over its software enhancements as well, including the U-Focus feature which is quite similar to Nokia’s Re-Focus app.

Here are alleged specs of the HTC One W8 for Windows Phone:

The report also confirms that the Dot View Case will be available with the handset and it will also feature the same capabilities as on Android. The smart cover will allow users to view the date, time, reminders and weather as well as see who’s calling and answer or reject a call without the need of accessing the display. Cortana can also be accessed by simply swiping down on the case.

The HTC One W8 for Windows Phone is scheduled to go official next week on August 19 and it should be available at Verizon a couple of days later.