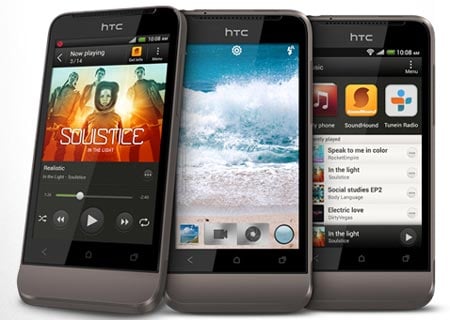 The HTC One V Cricket is all set to touch down in early September, the Taiwanese manufacturer has revealed. The company’s entry-level smartphone in the series is coming to the carrier based out of San Diego, after having already been launched through U.S. Cellular and discretely slipping out through Virgin Mobile.

The phone will be Cricket’s first Ice Cream Sandwich device and offers users a taste with a 3.7-inch WVGA touchscreen, a 1GHz Qualcomm Snapdragon S3 processor and 3G browsing capabilities. In addition, it comes with Beats Audio and is Wi-Fi capable. Thanks to the Android 4.0 platform, the handset drags along more streamlined text input, customizable home screen folders and the ability to better manage profiles.

The HTC One V Cricket has a 5MP camera with auto focus sporting a f2.0 aperture and a 28mm lens, and is capable of recording video in 720p format. Besides the dedicated imaging chip, there is an LED flash and a back-illuminated sensor. The phone offers 512MB of RAM and 4GB of total storage which can be expanded via a microSD memory card.

“Cricket looks forward to a strong relationship with HTC. The HTC One V serves as a great first device in a soon-to-grow portfolio of premium devices at great value,” says Matt Stoiber, Senior Vice President of devices for Cricket, leaving it open to speculate which device will make its way to the carrier next.

The smartphone’s Beats Audio technology is complemented by Cricket’s Muve Music service and is available to those who opt for all-inclusive rate plans which embrace the service in question. Integrated with Sense 4, the Cricket HTC One V comes with 25GB of Dropbox storage for a period of two years.

The HTC One V Cricket price is set at $269.99. It will be made available starting September 2, 2012 at Cricket dealers and company-owned stores.