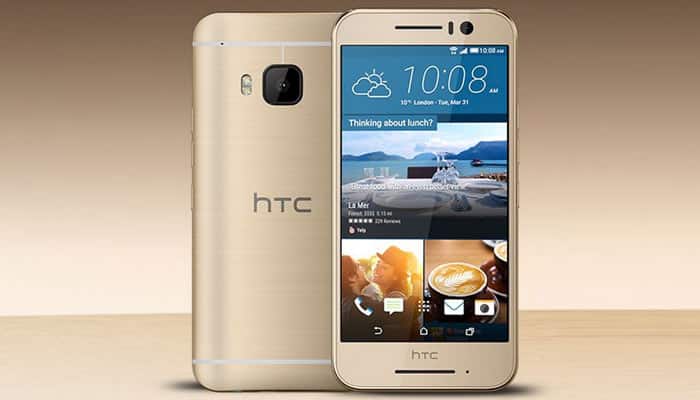 In a surprising development, it turns out HTC hasn’t dropped the One moniker post the launch of the HTC 10 after all. The name continues to live on in the form of the new One S9.

The full-metal HTC One S9 has gone official courtesy a listing on the brand’s German website. It’s selling the phone at a price tag of EUR 499 (approx $564 or Rs 37500). Design-wise, the handset looks very similar to the One M9. The major difference between the two can be spotted on the front panel where the latter’s grilles have been replaced by 2 speaker slits.

This hasn’t changed the classic HTC combination of Dolby Audio and BoomSound technology though, so fans of the sound system can rest easy on that front. As for specs, the phone boasts of decidedly mid-range features which makes its high cost a bit of a mismatch. There’s an octa-core 2GHz MediaTek Helio X10 processor chugging away at its heart and a 2840mAh battery helping it along in its endeavors.

The One S9 further offers 2GB of RAM and 16GB of internal storage, a tad low for such an expensive device. Photos and videos can be shot through a 13MP autofocus camera fitted with a BSI sensor, OIS, an aperture of f/2.0 and LED flash. The unit is paired with a 4MP UltraPixel front-facing snapper accompanied by an aperture of f/2.0, 2 μm pixels and a BSI sensor.

A quick round-up of the specifications of the HTC One S9:

We’ll let you know as and when the HTC One S9 decides to travel outside Germany any time soon.