HTC One S price in India Rs. 33,000, official launch yet to be announced 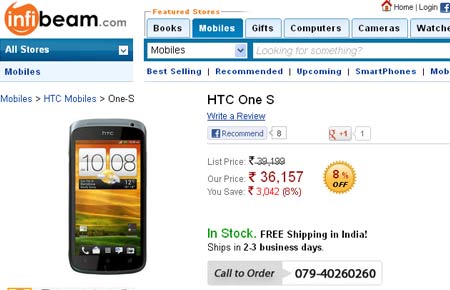 The HTC One S India price and release date details have surfaced across various retailers in the country. But the smartphone’s launch in this particular region isn’t yet official, as stated by an HTC PR person we talked to just today.

A little bit of digging around the web reveals that the HTC device can be picked up for Rs. 33,000 from Saholic and Rs. 36,157 from Infibeam. As for the entire One series, the One X and One V have already been officially released in India. So we’re not quite sure as to why the company is waiting on unsure feet for the launch of this particular member. 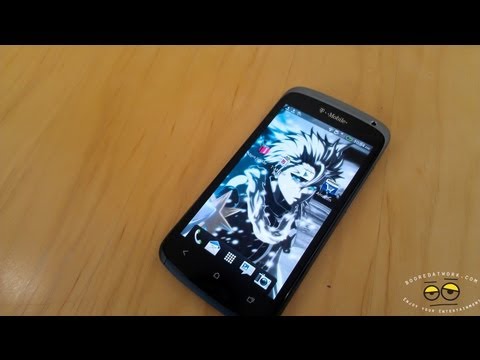 In terms of specifications that could tempt potential buyers, the One S has been fitted with a 4.3-inch, 960 x 540p qHD AMOLED display protected with Gorilla Glass and a 1,650mAh battery. It runs on the Ice Cream Sandwich platform, customized with the HTC Sense 4 interface, just as expected. The dual core CPU on this one is supported by 1GB RAM and there’s 16GB of total hoarding space. 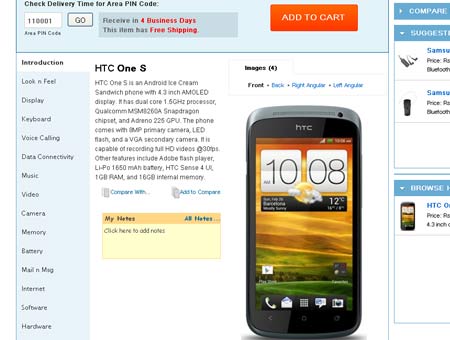 Whether the company likes it or not, online retailers have already marked out the HTC One S India price and release date details for fans. So now we’re just waiting for HTC to give up and issue invites to the handset’s launch event.