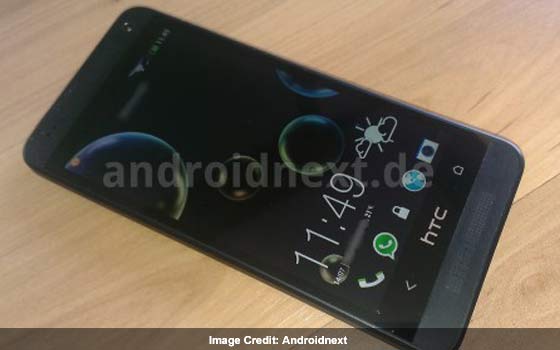 We’ve been seeing constant leaks of the HTC One mini over the past few months and the latest ones only help build a better picture of what the smartphone could be like, if not, create a good amount of buzz on the internet. Apart from the compact version of the flagship (read our review), HTC will also launch a larger sibling to compete against Samsung’s phablet series and other large devices from popular manufacturers.

Appearance-wise, the HTC One mini will be identical to its larger sibling. We know this thanks to multiple leaks that have surfaced in the past. The device was speculated to go official along with the Butterfly S, but it looks like the company has a different plan in mind. The latest leaks come curtest of Androidnext that has images of the handset as well as screenshots of its specifications.

So let’s get to it – The HTC One mini will be launched with Android 4.2 and Sense 5, and users can expect the presence of BlinkFeed. It will rock a dual core Qualcomm Snapdragon 400 processor based on the Krait architecture with a 1.4GHz clock speed, and Adreno 305 graphics. Previous rumors suggested the existence of 2GB RAM, but the latest leak notes that it would be 1GB instead, while the internal storage is pegged at 16GB. 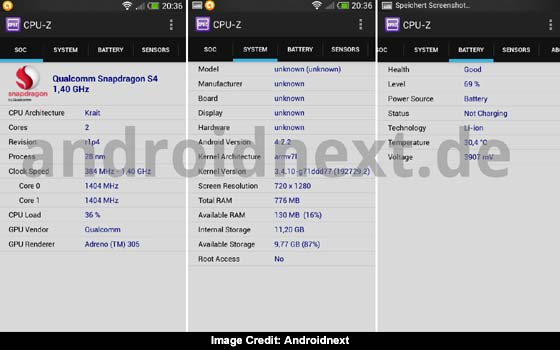 The HTC One mini will carry a 4.3-inch 720p display along with dual Boom Sound speakers and the famous UltraPixel sensor on the rear. Being a compact version of the flagship, the HTC One mini will compete against the smaller variant of the Galaxy S4 and even the rumored Honami mini from Sony.

While we’ve got a good idea of the specifications and how the One mini will look, there’s still no sign of a price and release date. Hopefully, we will get to see the handset at the IFA in September.