One of 2013’s most appreciated smartphones, the HTC One has been blessed with huge price cut in India, and so has its small successor, the One mini. Most e-retailers have started bringing this change into effect, and those hoping to buy either of the two smartphones can now purchase them at much lower rates than at which they were being sold hitherto.

To be precise, the HTC One – sold in India in dual SIM form – now has its price placed at Rs 42,251 instead of its launch price of Rs 59,590. A quick drop following its release had indeed seen it being sold for Rs 46,495, but even still, this is a considerable dip in its cost. 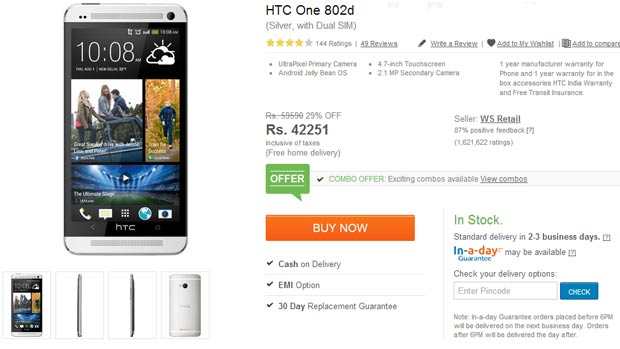 On the other hand, the HTC One mini which came out with a Rs 37,300 tag can now be bought at Rs 29,990. What has led to this big drop in the prices of both these devices is not sure, but one can expect that HTC might just want to clear up the stocks prior to announcing a new flagship device which has been due since long.

For those unaware, the HTC One was a launched in February this year, but it landed in India in May due to major delays and other factors. Apart from a powerful Ultrapixel camera, it was highlighted by a 1080p display, its Sense 5 user interface and various other advanced hardware and software features. 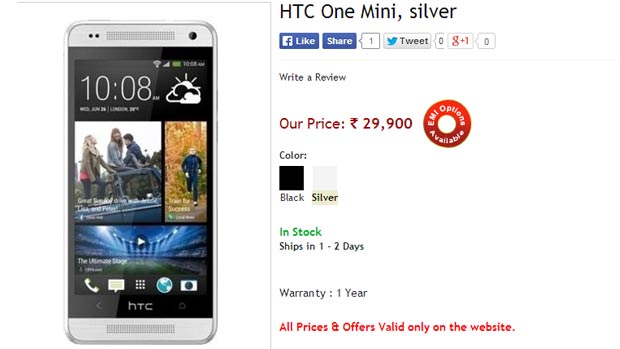 The HTC One mini furthermore, was released in India just a few months back, with features that included a smaller screen and a relatively slower processor among others, but most of the charm of its parent smartphone was nonetheless retained by this device. The HTC One range was further enhanced recently with the release of a phablet suffixed ‘Max.’