HTC One Max press shot surfaces on the web

We had seen the HTC One Max T6 in the flesh when its pictures were leaked about a week ago and now we have stumbled upon the press shot of the device in question. Unsurprisingly, the smartphone resembles the original HTC One as well as the latter’s variant, the One mini.

The guys over at evleaks got their hands on the ‘non-final artwork’ of the HTC One Max which was spotted by Engadget on the former’s Google Plus profile. The website also points out that unlike the One, the Max has a noticeable side trim and the flash’s position has been altered just a bit. Nothing has been specified about the specifications of the handset, but if the rumors that have been doing the rounds on the web are to be believed, it will sport a 5.9-inch full HD multi-touch screen. An UltraPixel snapper is likely to grace the rear side and a 2.1MP front-mounted camera for video calling purposes will be perched on the gadget’s front panel. 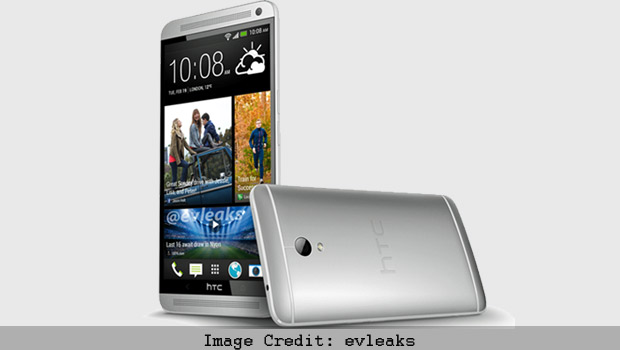 We are not expecting the HTC One Max to rock anything less than Jelly Bean 4.3, but the grapevine has been abuzz with rumors indicating that the phone will binge on the Android 5.0 Key Lime Pie OS. Needless to say, the device will make the most of the latest Sense platform and should bring attributes like BoomSound, Beats Audio and BlinkFeed amongst others to the table. It is also being speculated that the smartphone will employ a 2.3GHz Qualcomm Snapdragon 800 processor, 2GB of RAM and 16GB of onboard storage with an option for expanding it further. The handset may also feature a fingerprint sensor and could arrive with a stylus in tow.

HTC is yet to go on record to confirm the One Max and the OEM may be gearing up to unveil it at the IFA 2013 in Berlin this September.