HTC One Max now available through Verizon, priced at an expected $299.99

A past leak had hinted that the HTC One Max phablet could be hitting AT&T and Verizon soon, and the latter has already listed the device on its official site. Interested buyers will need to part with $299.99 and sign a two-year contract with the network provider in order to lay their hands on the phone. A contract-free month-to-month deal will set them back by $599.99.

Various leaks had given away the existence of this 4G LTE handset in the past, and we have finally spotted it listed on the carrier’s website now. Its cost will be equal to that of the Galaxy Note 3, since it falls in the same league as the Samsung phablet. Verizon Edge plans will be available at $25.22 per month with the HTC One Max. 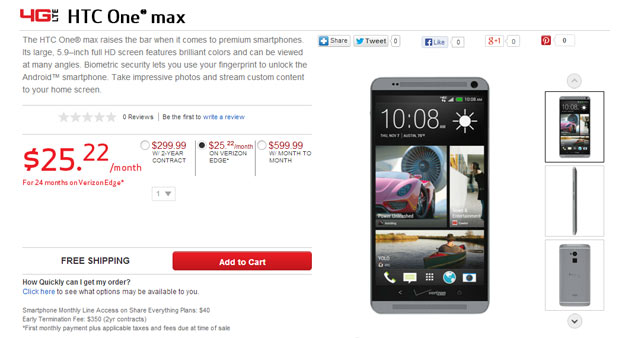 This smartphone comes equipped with the Android 4.3 OS, and even features the HTC Sense 5.5 user interface. Its main highlight is its 5.9-inch Super LCD 3 display possessing full HD resolution. The HTC UltraPixel camera with great low-light support is indeed present on it, apart from a fancy fingerprint scanner for security.

In terms of processing power, the HTC One Max boasts of a 1.7GHz quad core ticker which couples with 2GB worth of RAM to produce fast results. And while 32GB of onboard memory is available with it, there’s support for added storage as well. A non–removable 3300mAh Lithium Ion battery powers it from within, keeping it going for up to 17 days on standby mode. 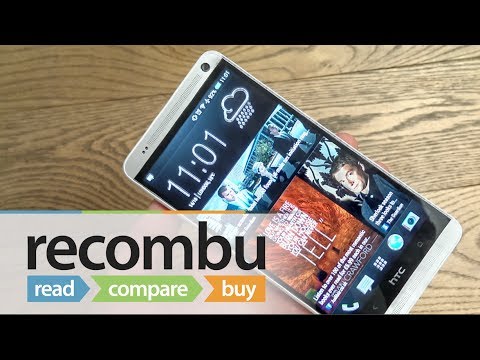 With the HTC One Max now being available through Verizon and Sprint, it’s just a matter of time until AT&T goes official with its plans to dole out the device. We’ll have more on it when added details are out.