We’ve seen what the HTC One Max looks like, we know its features and specifications and now, we’ve got what’s said to be concrete launch details for the smartphone. While previous reports have suggested that the handset will arrive by the end of October, a new rumor notes that we’re just a little over two weeks away from seeing the phablet go official.

According to ePrice, its sources have mentioned that the One Max is likely to be unveiled on October 17 or sometime during the week which is from the 13th to the 19th. Additionally, the report has also disclosed that the price should be around NT$23,900 ($809.21 in the US). 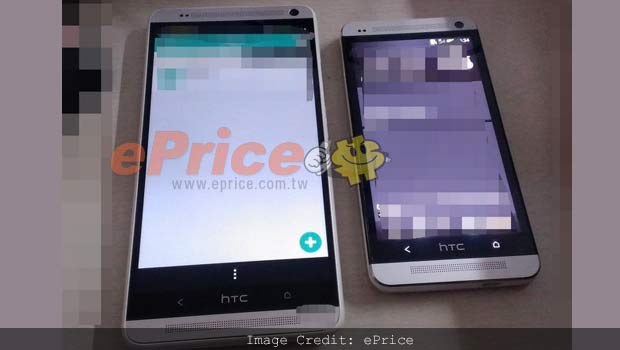 While we’ve been speculating that the One Max will be powered by an APQ8064 quad core Snapdragon 800 processor, ePrice suggests that the CPU may instead be a Snapdragon 600. Considering the price and the competition the handset will face, we doubt that HTC will go for the previous generation Qualcomm SOC with this device.

The HTC One Max has been long rumored to arrive with a fingerprint sensor onboard. Based on previously leaked images, the sensor will be placed on the rear just below the UltraPixel camera. There could be wireless charging included as well. Where specifications are concerned, the phablet will have a 5.9-inch full HD touchscreen, 2GB of RAM, 16GB of storage, Android 4.3 and Sense 5.5. A dual SIM version with a removable back panel and memory expansion is said to be in the works as well.

We’re already at the end of September and apart from the HTC One Max, October has many other surprises in store.