HTC’s new flagship One M9+ is a beast and to no surprise, the company is designing a cheaper version of the handset which it will end up calling the One M9e. This very device has made its appearance for the first time online and almost everything about it has been disclosed.

The information on the HTC One M9e is reliable since it doesn’t come through leaks, but via China’s telecom authority TENAA which has given the device the green light for sale in the country. As you probably know, this means that images and specs have been revealed.

The TENAA website shows HTC phone with a front panel which looks identical to the One M9+, but the rear and sides tell a different story. A polycarbonate shell is clearly the material of choice for the backdoor and the sides look to have a metallic finish, but we doubt it’s metal. 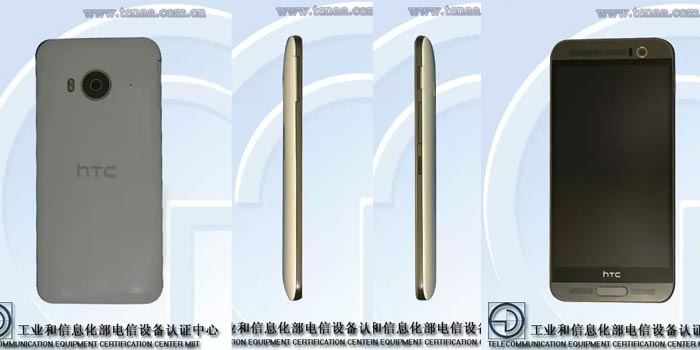 Additionally, the One M9e looks pretty bulky and certainly not as appealing as its premium sibling. The hardware, on the other hand, is great as not much has been modified on this model. The phone continues to offer a 5.2-inch QHD display and a 2.2GHz octa core processor which will be from MediaTek.

There’s also a 20MP main camera (no depth sensor), an UltraPixel front shooter, 3GB RAM, a fingerprint reader and a microSD card slot. Engadget points out that there’s no word on whether the company has retained the IR blaster on this version.

There’s no word on when the HTC One M9e will go official, but it’ll most likely stick to Asian markets only.