There have been a lot of leaked images of the HTC One M9 doing the rounds and while their authenticity is still under question, newly surfaced pictures of the phone could help narrow down to the real thing. A German retailer has listed the upcoming flagship on its website along with press renders and technical details.

The pictures of the HTC One M9 suggest that the phone won’t be much different compared to its predecessor. Actually, the only visible change here is that the company will drop the Duo Camera setup on the rear for a single sensor which is rumored to be of 20MP with dual LED flash. Also, the camera housing will not be circular anymore, but will have a square design with a slight bulge sticking out as you can see in the image below. 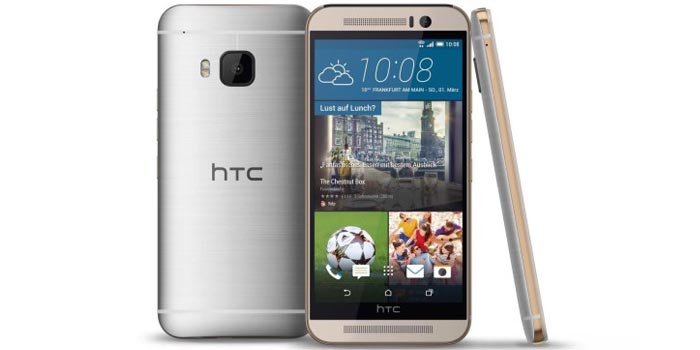 The front panel on the new HTC flagship is almost indistinguishable from last year’s model as you get the same component layout. The device in the listing spotted by MobileGeeks on Cyberport flaunts a design different from what was revealed by popular leaker @evleaks (image below on the left) in which the phone has a more cleaner look where the BoomSound speakers have been hidden with the secondary camera taking its place at the top center.

We’ll most certainly have to wait a week more to know which renders of the One M9 are authentic, but at least we know what to expect. The retailer also disclosed a price of €749 and hardware information which is not much different from what we’ve already been hearing. 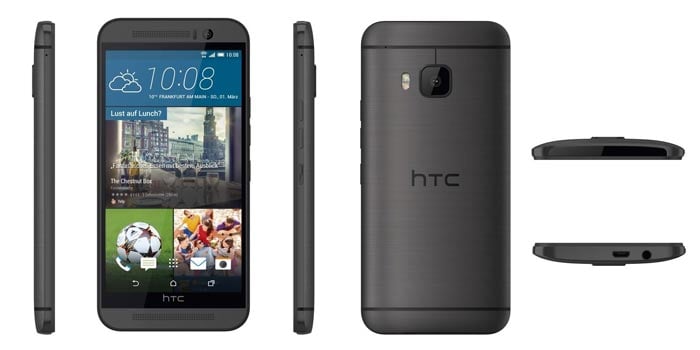 The HTC One M9 will go official on March 1 and we might also see the One M8i and the One M9 Plus make their debut on the same day.