Leaks and speculation on the HTC One M9 aren’t too scarce, but concrete information on the upcoming flagship is. Well, thanks to a benchmark listing, we’ve gotten a much better look at what the handset will be rocking.

The HTC One M9 popped up in the Geekbench 3.0 database recently under the model number OPJA10. GSMArena points out that the smartphone scored 1232 and 3587 in single- and multi-core tests, respectively. These numbers are apparently lower than that of the Exynos 7420 chipset (1520 single and 5478 multi) which is expected to arrive with the Samsung Galaxy S6. 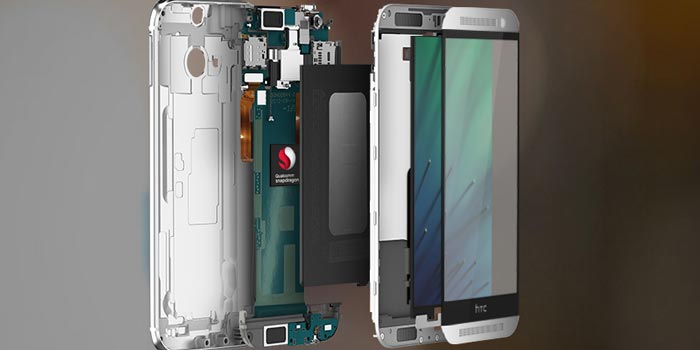 The upcoming HTC flagship will rock Qualcomm’s latest offering, the Snapdragon 810, with an octa core setup and a 1.55GHz clock speed. The benchmark listing also disclosed that the smartphone will run Android 5.0 Lollipop out of the box and have 3GB of RAM.

From previous leaks, we’ve learned that the One M9 will be the first to offer the Sense 7 UI, but there’s no word on what enhancements the new interface will offer. HTC isn’t going to make the move to 2K on this handset and it’ll stick to a 1080p display of around 5 inches. There will be major improvements in imaging as the front snapper could either be a 13MP shooter or an UltraPixel sensor, with the rear imager rated at 20.7MP.

The HTC One M9 is expected to go official on March 1 during the MWC 2015 expo and it’ll be accompanied by a Plus model which falls in the phablet category and new mid-range Desire handsets.