We’ve been hearing about rumors and leaks regarding the HTC One M9+ for quite some time now, and we’ve finally been blessed with its official announcement today. This new device is among the first from the Taiwanese company to ship with a QHD display bearing a 1440 x 2560 pixel resolution.

The panel on the front of this smartphone is 5.2 inches in size, and is of the Super LCD 3 type. It runs the Android 5.0 Lollipop OS, but instead of the regular Sense UI, the HTC One M9+ goes for a special version of the user interface that’s aimed only at the Chinese population. After all, the device has only been announced for the said country till now. 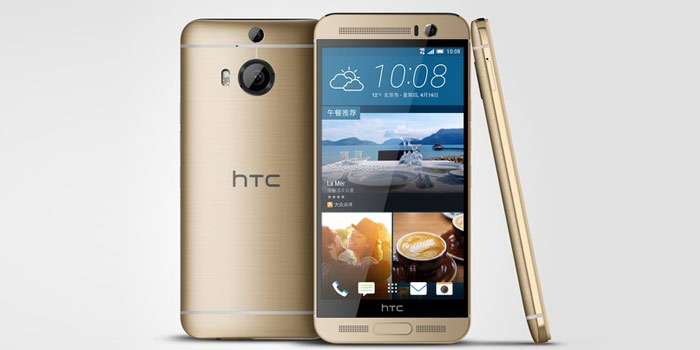 A big highlight is that this phone has been equipped with a fingerprint scanner that can be found on its front surface right beneath the HTC logo. The company’s famed BoomSound speakers make their way into the handset as well, bearing Dolby Surround sound support.

Also Read: New Desire flagship from HTC launched in India at around Rs 26000

Perhaps with an aim of keeping the price of the One M9+ down, its maker has blessed it with a 2.2GHz octa core MediaTek MT6795T instead of a Qualcomm unit. While an Ultrapixel camera can be found on its front, a 20MP main snapper with a depth-sensing secondary shooter has been granted to its rear. 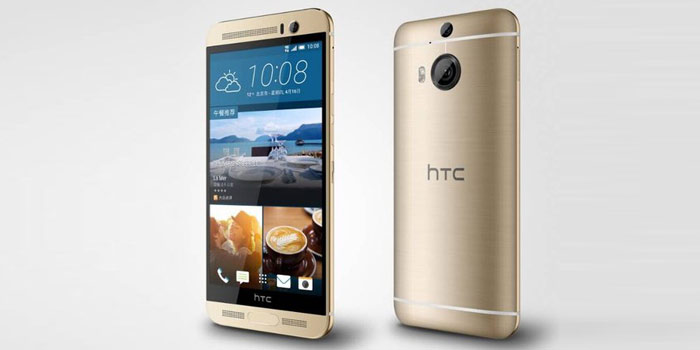 Here’s a quick look at the specs of the HTC One M9+:

The price of the HTC One M9+ in China is still a secret, and so are details regarding whether this smartphone will be finding its way into other territories from around the world.