Along with a new flagship smartphone and a couple of high-end phablets, HTC also plans to release the One M8i as part of its 2015 lineup. We’ve already heard about the handset before and we’ve finally gotten hold of concrete information to share.

Leakster @Upleaks has posted hardware details of the HTC One M8i online. There’s no image of the smartphone as yet, but the report suggests that the device isn’t going to be much different compared to the current flagship. In fact, the post notes that the upcoming model will share the same weight and dimensions as the original M8. 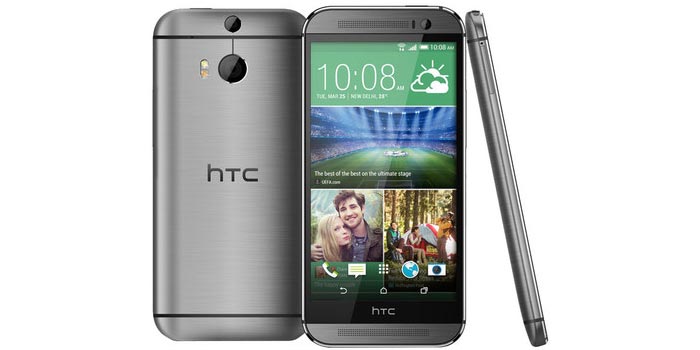 The main difference in this handset is that it won’t be powered by the Snapdragon 801 SOC or even the newer flagship-class chips, but the mid-range Snapdragon 615 with an octa core configuration and 1.7GHz clock speed. The display and memory provisions will be the same as the original HTC phone. You get a 5-inch 1920 x 1080 pixel LCD panel with 2GB RAM and 16GB storage.

BoomSound speakers will also be onboard and you can expect to find Bluetooth 4.1, NFC and Wi-Fi ac as well. The One M8i will retain the Duo Camera setup, but will use a 13MP + 2MP configuration instead. Also, there’s a 5MP camera on the front and an embedded battery rated at just under 3000mAh.

The HTC One M8i is expected to go official along with the new One M9 flagship at the MWC next month or at a later date. The phone will be headed to Asia and Europe and will arrive in grey, gold and silver options.