HTC One M8 will dress up in glamour red for Verizon

Just like its predecessor, the HTC One M8 will come in the glamour red shade and word out is that the device is headed to Verizon. The Taiwanese OEM is yet to unveil the handset is the said color and so far, only gunmetal gray, glacial silver and amber gold options have been announced and on sale.

The news of the glamour red HTC One M8 making its way to Verizon was made known by EvLeaks. The leakster, however, hasn’t confirmed whether the color option will be exclusive to the carrier in question. To top it off, there is no image accompanying the post. Nevertheless, the glamour red shade will be the same as the one seen on the original model and since both phones look almost the identical, the below image of the One M7 should provide a good idea of what the hue will look on the M8. 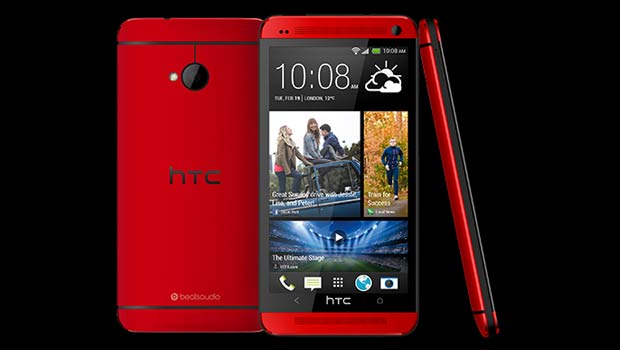 We’ve been seeing the HTC One M8 come in special variants lately. A few days back, a report surfaced stating that the Sprint model comes with exclusive Harman/Kardon speakers and earlier today, T-Mobile CEO tweeted an image of the smartphone in 24-carat gold. Apart from the glamour red model, we’re also expecting to see the smartphone arrive in blue.

Just call me #goldfinger! Check out the 24kt #HTCOneM8 the peeps at @HTCUSA sent me! This thing is awesome! #HTCOneUp pic.twitter.com/KSvS8Ycu6l

HTC hasn’t revealed any details about the glamour red One M8. Hopefully it isn’t going to be a long wait, so if you’re interested in picking up this variant, we’d suggest holding on for a bit longer. Also, the phone has already been discounted by $50 through Amazon for Verizon and Sprint.

Here’s a look at the One M8 specs: