HTC’s One M8 looks great in the current gray, silver, gold and red hues, but if you think it’ll look even better dressed in black, then you’re in luck as the device has been leaked online in the said shade. What’s more, Google and LG are most likely to add a new color option to the Nexus 5, yellow.

An image of the HTC One M8 in black was posted online by @evleaks and the picture isn’t a press render, but probably of a device straight off the production line. The red version of the smartphone took quite a bit of time to go official after the initial leak and is limited to Verizon only. The black version might get the same treatment and there’s no information on when it’ll hit stores. 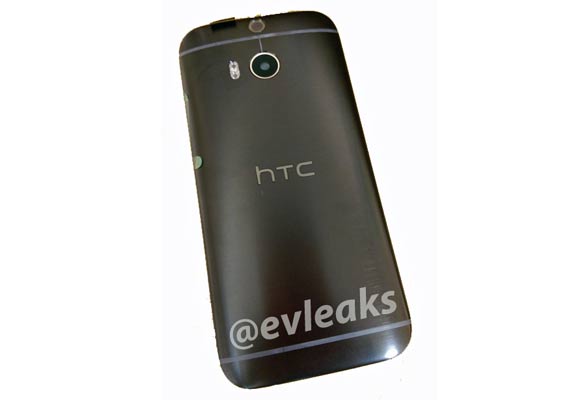 Coming to the yellow Nexus 5, there’s no picture of the handset in the said hue, but the Google Play website did mention its existence stating that the smartphone comes in ‘black, white, red and yellow,’ according to Ubergizmo. Back in January, evidence of Google working on multiple colors of the handset popped up. The phone was shown in green with other color options such as purple, blue, and orange listed.

It seems that the company plans to roll out these new variants in a phased manner and yellow Nexus 5 could be up next. However, we don’t have the slightest idea of when it (or any of the other colors) will be available. Since we’re talking about HTC and Nexus in the same article, Google may have given us a peek at the upcoming Nexus 9’s design. You can take a look at it here.