Just as we expected, the HTC One M8 Eye wasn’t unveiled at yesterday’s event, even though the company has quietly made the device official. The phone’s product page has gone live in China and while it provides information on the new features, a price of 3999 yuan has also been revealed.

After conversion, that above mentioned amount would roughly translate to US$652, making the phone slightly costlier than its original sibling that’s retailing for $649 unlocked. The HTC One M8 Eye website confirms that the smartphone will have a 13MP rear sensor which replaces the UltraPixel camera in the original Duo Camera. 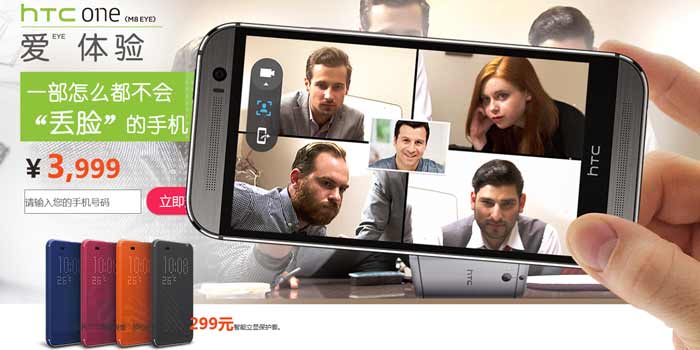 A similar setup can even be seen on the Butterfly 2, albeit there’s no information on how they both differ, if they do. Like the recently launched Desire Eye, the new flagship model comes with the Eye Experience software suite, but it doesn’t feature a 13MP front snapper.

Also read: Unlocked HTC Butterfly 2 handset now available in the US through Expansys

Instead, users will get the same old 5MP shooter and no LED flash either. As a matter of a fact, the M8 Eye looks no different from the original and we expect it to offer the same core components as the flagship phone including the now standardized BoomSound speakers. 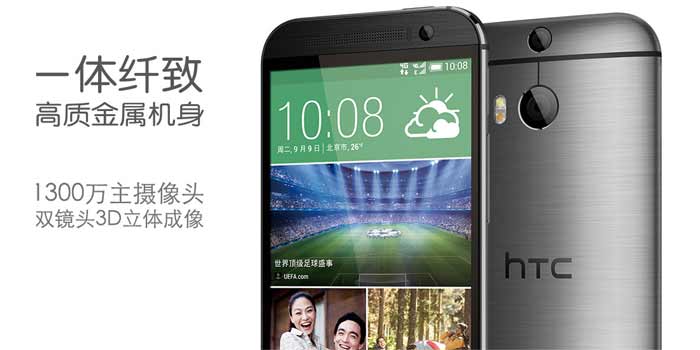 HTC One My Eye specs at a glance:

The main reason why the HTC One M8 Eye wasn’t unveiled at yesterday’s Double Exposure event is due to it being designed mainly for Asian markets. The phone will go on sale in China starting October 15 and it’s also expected to reach India.