4G LTE gets activated for HTC One M8 in India through Android 4.4.3 KitKat update

HTC has kept its promise and has started rolling out the Android 4.4.3 KitKat update for the One M8 flagship in India to enable 4G LTE support. Additionally, the new firmware introduces various fixes, security enhancements and also upgrades multiple internal applications.

The latest update is a major one and is pretty hefty in size, weighing in at 658.88MB. We’ve even got a changelog thanks to an XDA user. Apart from tagging along the enhancements introduced with Android 4.4.3 KitKat, the HTC One M8 will also be blessed with security improvements for OpenSSL. 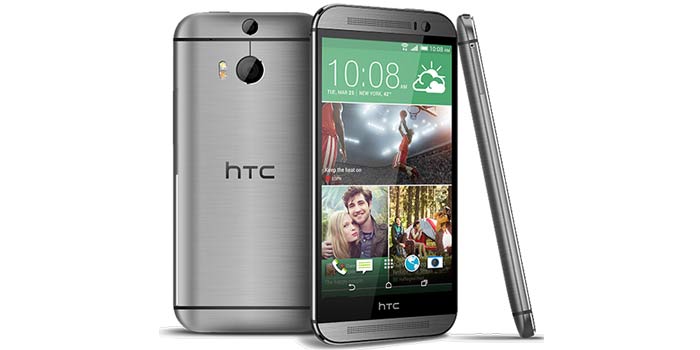 Then there’s the promised 4G LTE support which makes the handset future-proof for when the technology is widely implemented in India. Other connectivity features such as cellular network, Bluetooth and Wi-Fi have been optimized and the Taiwanese giant has also updated its Camera, Gallery, Settings and Sync Manager applications with new features.

The HTC Sense UI is being treated to a few improvements as well. As you probably know, Android 4.4.3 isn’t the latest release from Google, so HTC might have another update in the works. However, there’s a chance that it could skip version 4.4.4 considering that it mainly focuses on the OpenSSL bug that has already been fixed in this release. 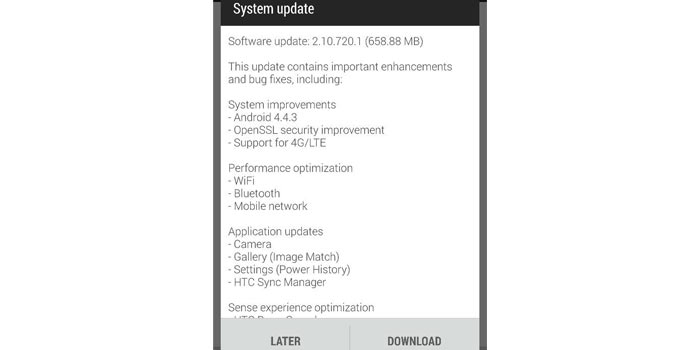 For a quick refresher, here are the key specs of the HTC One M8

With the Android 4.4.3 KitKat update, HTC One M8 users in India can experience 4G LTE speeds in locations where the technology is already live. The firmware is already rolling out and you’ll receive a notification when it’s available for your phone.