HTC has recently been trying to build up the hype around its upcoming flagship the One M10, dropping hints about its camera and a teaser photo. The company has now released a new video to continue stoking this fire.

Sadly, this teaser video doesn’t reveal much about the One M10 itself. It instead chooses to focus on how hard HTC has been working on the handset. It was posted by the brand’s Turkey branch and basically tries to communicate how passionate the manufacturer is about the new phone.

The ad attempts to do so by saying things like HTC is losing sleep because it’s working non-stop on making your phone even better. The video concludes by indicating that something big is coming and asks people to unearth what the company is obsessed over. It definitely raises a lot of questions and answers none of them, but that’s par for the course for such early teasers.

We’ll have to fall back to rumors to get any idea of what’s to come in the One M10. Firstly, we know the phone is called that because of a leak yesterday which was sourced from the brand’s own site. Secondly, a camera sample has emerged letting us know what to expect from the handset’s 12MP snapper.

The photo depicts a dusty keyboard and comes accompanied by EXIF data which reveals an aperture of f/1.9 is on the cards for the HTC phone. OIS and laser autofocus may also be making an appearance. Going back even further, a live image of the phone was leaked in early February giving us a good look at the device.

Rumors indicate the HTC One M10 will be unveiled on April 11. We’ll keep you updated with the latest developments regarding the phone till its official announcement. 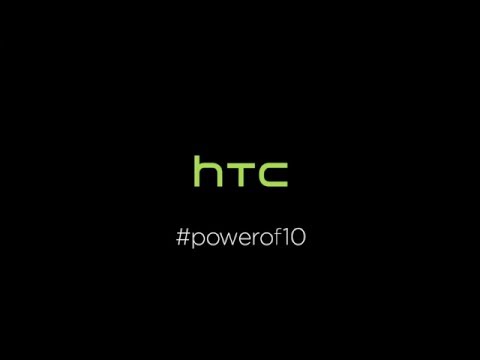