HTC One Google edition based on Android 4.3 spotted on the web 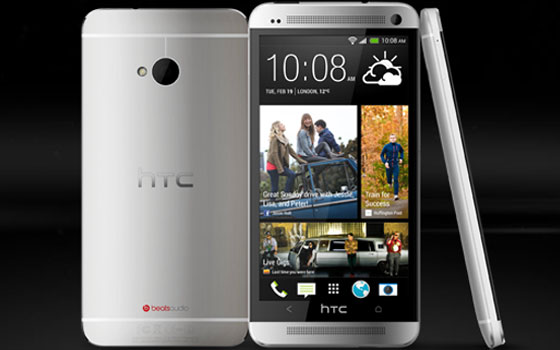 Rumors currently doing the rounds on the web suggest that a version of the HTC One Google edition based on the upcoming Android 4.3 OS is gearing up to make its debut very soon. The concerned HTC device has already received a shot of stock Android and it is currently up for sale through the Google Play store in the US.

The guys over at Android Authority came across the HTC One Google edition on Techtastic who in turn spotted it on Bluetooth SIG. It clearly mentions the design name as PN071xx_Android 4.3_G, wherein the model number refers to the smartphone in question, while Android 4.3 is definitely the next version of the search engine giant’s mobile platform. As for G, it could very well mean Google.

The article also seems to have an explanation as to why the Taiwanese manufacturer has applied for a Bluetooth certification for an already released smartphone. Phone Arena had reported that this new version of the mobile OS will extend support to 4.0 LE or Low Energy which in turn will ensure compatibility to a horde of gadgets including those required for monitoring health and fitness. 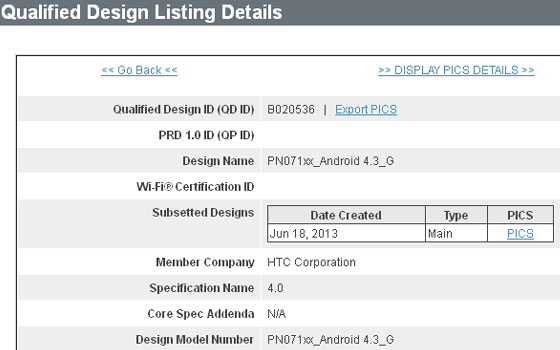 Although the HTC One Google edition will be loaded with the yet-to-be introduced Android platform and advanced Bluetooth, it is likely to bring features similar to the original device. So, prospective users can expect a 4.7-inch Super LCD3 touchscreen of 1080p resolution, an UltraPixel camera and a 2.1MP webcam.

As for the internal working of the handset, it should continue to be carried out under the supervision of a 1.7GHz quad core Qualcomm Snapdragon 600 processor and 2GB of RAM. 32GB of internal memory for hoarding digital content and a 2300mAh lithium-polymer battery for a long power life will most probably find their way into the imminent HTC One Google edition.

Nothing official has been revealed about the One Google edition with Android 4.3, but considering that the device has already popped up on the web, the company should go on record to confirm it very soon.