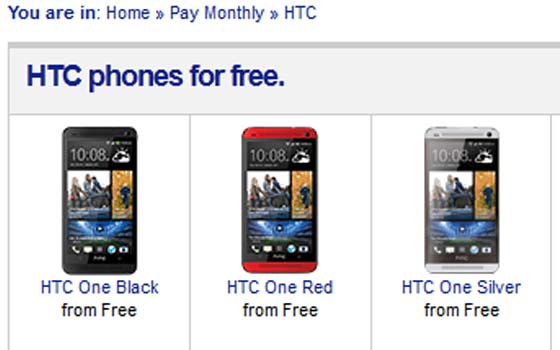 The HTC One smartphone that’s already available in silver and black has arrived in yet another attractive shade, glamour red. And HTC plans on selling this smartphone first in the UK by making it an exclusive deal through Phones4U that has already started offering the device.

A red edition HTC One has been expected from the time the device went official. Instead, only the black and silver variants were made available. Speaking of versions, the company is expected to launch a smaller as well as a larger sibling bearing the same design language and similar technologies. In recent news, the Google edition of the phone went on sale along with the vanilla–flavored Galaxy S4.

For a quick refresher, the HTC One (read our review) comes dressed in an all-metal form factor carrying a 4.7-inch 1080p Super LCD3 touchscreen, a 2.1MP HDR webcam and dual Boom Sound stereo speakers on the front. Tucked away on the inside is a quad core Snapdragon 600 SOC with 1.7GHz clock speed, 2GB of RAM, 32GB of storage and a 2300mAh Li-polymer battery. The rear sports the well-known UltraPiexel camera backed by a BSI sensor and the dedicated ImageChip 2. 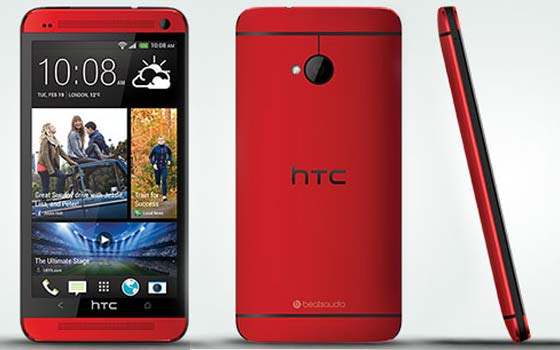 If black, silver and red shades of the HTC One aren’t glamorous enough, how would a 24ct gold plated version sound like? Dressed in precious metal, the handset comes with same internals as the remaining siblings and a ridiculous £1,895 retail tag. To top it off, Goldgenie is offering the phone in a rose gold edition for £1,995 and platinum for a whopping £2,095.

The One smartphone carries the same price as its silver and black variants. Being exclusive to Phones4U, buyers can be purchase the handset with subscriptions from various carriers such as T-Mobile, Vodafone, EE and Orange amongst others. The press release states that the device will be available during mid-July. However, the retailer is currently offering it for free with monthly payments starting at £33.