HTC One E9 gets certified at TENNA, official image and specs are upon us

The HTC One E9 has been extensively leaked over the past couple of months and it looks like the handset is ready to make its debut. Previous rumors suggested that the phone will go official by the end of this month and its listing on China’s TENAA certification website also suggests the same.

The HTC One E9 was previously known as the A55 and speculated to be the next desire flagship. However, that clearly isn’t the case here and it looks like the device could be exclusive to Asian markets. Most of the details revealed by leaks have been more or less spot on with what the certification website has listed. 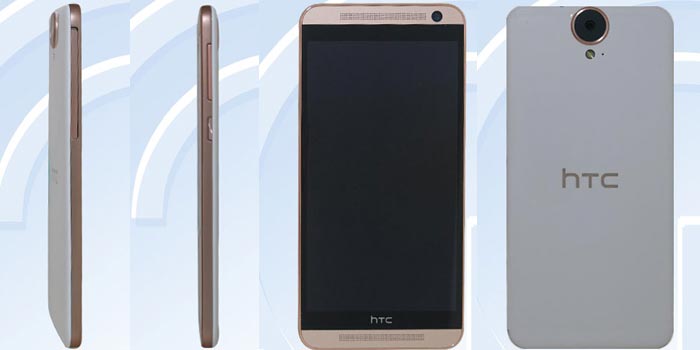 Unlike the One E8 which was a cheaper version of last year’s flagship, the upcoming HTC phone will basically be larger and offer a few beefier components. The handset will be the first from the company to pack a 2560 x 1440 pixel LCD panel of 5.5 inches. Also, it will not be powered by the Snapdragon 810 SOC found on the One M9, but a 2GHz octa core processor from MediaTek.

Android 5.0 Lollipop will come preloaded with the One E9 and the HTC Sense 7 UI will also be present. The certification website also notes that the handset will carry 3GB RAM, 32GB flash storage and a microSD card slot supporting up to 128GB. As for the cameras, an UltraPixel sensor will be on the front, while the rear will have a 20MP shooter.

As mentioned above, the HTC One E9 could be exclusive to China and other Asian markets. But there’s a small change that it might head stateside through a carrier just as the One E8 did.