It’s taken a little over a month, but the HTC One Dual SIM+ has finally been launched in India officially by the Taiwanese company. The device was initially made available in China and a few other locations where dual SIM phones are in demand. For its arrival in India, the company has paired up with Tata Docomo to deliver special offers for prepay and postpay customers.

The interesting part of the HTC One dual SIM+ is that it supports multiple network bands such as CDMA and UMTS/GSM, making it a first of its kind in the country. This is only possible on the primary SIM card slot, while the secondary one is compatible with 2G EDGE frequencies. The smartphone is identical to the original version in design, but it does have a few extra perks. The addition of an extra SIM slot has urged the company to make the rear panel removable and the best part is that a microSDXC card slot has been introduced as well, which isn’t present on the international variant. 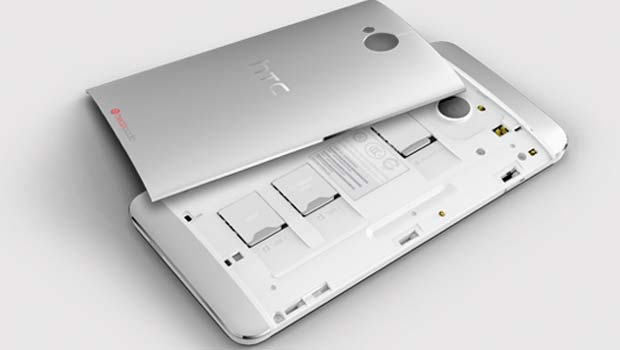 The remaining specifications and features of the dual SIM model are similar to that of the original. The phone has 32GB of memory, 2GB of RAM, a 4.7-inch SLCD3 1080p touchscreen, a Snapdragon 600 SOC and the UltraPixel camera. The phone also sports dual BoomSound speakers, NFC, Android 4.2 with Sense 5 and BlinkFeed. You can check out our review for more in-depth details.

The HTC One dual SIM+ is officially priced at Rs 53,590 which is slightly higher than what the Butterfly S is retailing for. On the bright side, Flipkart has been offering the device for a few weeks now at Rs 46,495.