The HTC One dual SIM smartphone is gearing up to drop anchor in India as the device has been listed on the company’s official website, but without its price and other details. Only recently, HTC had introduced the mini version of the smartphone and the rumors about a phablet with a bigger screen have also been doing the rounds of the web. It looks like the Taiwanese company has taken a leaf from Samsung which introduced multiple variants of its flagship Galaxy S4 around the world not long ago.

This SIM-juggling device is exactly like the original version and the only difference between the two is the number of SIM card slots they sport. Prospective users can expect the gadget in question to be graced by a 4.7-inch full HD multi-touch display with optical lamination and a film of Corning Gorilla Glass to keep scrapes and scratches at bay. Its pixel density stands at 468ppi. The handset’s front panel also possesses a 1080p 2.1MP camera with a wide angle lens for video conferencing purposes, while the rear side is dominated by an UltraPixel snapper. 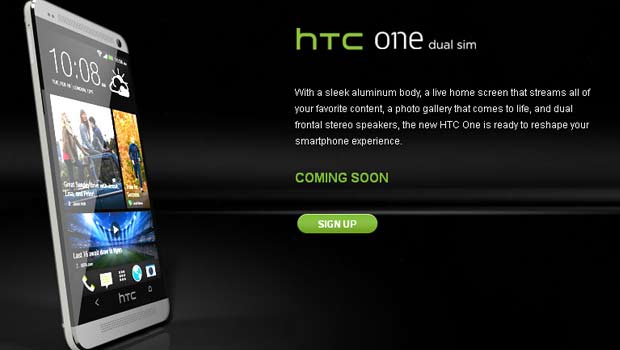 Moreover, the internal working of the One dual SIM is carried out under the supervision of a quad core processor running at a speed of 1.7GHz. There’s 2GB of RAM and 16GB of onboard memory with an option to increase it further by up to 64GB using a microSD card. And if that’s not enough, customers get 25GB of Dropbox storage with every unit of the smartphone as well.

Based on the Android Jelly Bean platform, the handset boasts of the Sense 5 UI which brings BlinkFeed to the table. It has also been loaded with BoomSound as well as Beats Audio and has common features like NFC, Bluetooth, Wi-Fi and more. The device draws power from a 2300mAh battery which should keep it charged up for an entire day. 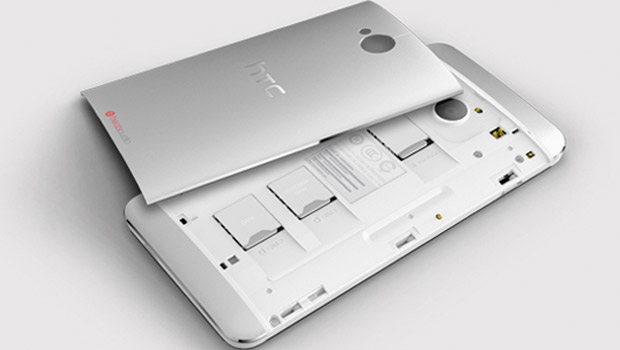 The HTC One dual SIM phone’s availability details for India are under wraps for now.