HTC One gets painted in black for AT&T, Sprint 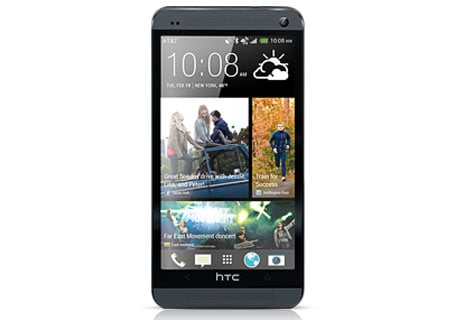 We recently reported that the HTC One has gone live through T-Mobile, but the Taiwanese manufacturer isn’t done yet as a black variant has been spotted for AT&T and Sprint networks. The shade which is being called stealth black had first surfaced back in February, through a leak.

According to Android Central, there seems to be no exact launch date for the AT&T version and Sprint’s website has only a price affixed to the device. Well on the bright side, both carriers have officially disclosed its existence through their respective websites. Being the company’s latest flagship, the handset comes with some of the newest technologies available today. Measuring 9.3mm thick, it features a full aluminum form factor. 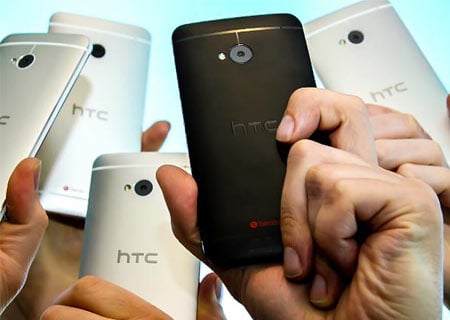 The front dons a 4.7-inch HD display which proffers resolution of 1080p, a 2.1MP webcam for video calling and dual stereo speakers that are combined with built-in amplifiers to deliver high quality audio. Coming to the flip side, the company has thrown in, what it calls, an UltraPixel camera that has an f2.0 aperture, a BSI sensor and a 28mm lens.

These combined with the ImageChip 2 and OIS technologies aim to deliver clear and vivid images as well as videos in 1080p FHD. The Android OS has been layered with a host of features such as BlinkFeed which displays live streams from social networks in a single UI, Zoe that animates images in the gallery and Sense TV which allows users to utilize the phone as a guide or remote control.

As we’ve mentioned above, there are no concrete details pertaining to when the black HTC One will be available for purchase. Well, like most color variants, this device will carry the same retail tag which is $99.99 for Sprint and $299.99 (64GB) for AT&T. Since listings for the phone have gone live through both carriers, we expect a formal launch to happen in the coming days. 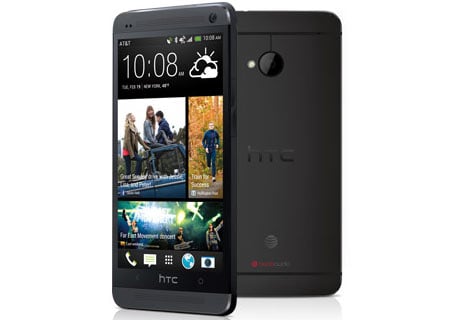