It seems HTC’s hard at work on a new mid-range alternative to the U11 dubbed the Ocean Life. The name checks out since the flagship phone was referred to as the Ocean when it was being developed.

News of HTC’s new project comes from noted leakster LlabTooFeR. He posted a long list of specifications which may find their way to the handset, asserting that it’ll run on the brand’s Sense 9.0 UI which in turn is based on Android 7.1.1 Nougat.

Other rumored features include a Snapdragon 660 processor, a 5.2-inch full HD display, a 2600mAh battery, and Bluetooth 5.0 connectivity. Photography-wise, HTC could go for a 16MP front and 16MP rear camera.

Chances are HTC’s not going to bring back the 3.5mm headphone jack for the device, so users will have to plug in their bundled USonic headphones through the USB Type-C port. The smartphone might also support Edge Sense, the HTC U11’s biggest USP.

This is good news for anyone who thought the latter was too expensive but wanted to own a smartphone that can detect their squeezes and open apps accordingly. At the time of the U11’s launch, HTC had promised to come up with more things for its innovative technology to do. 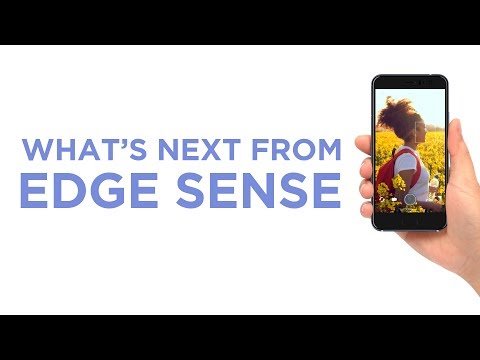 HTC came out with a short video back in June highlighting some of these new skills. These include the ability to zoom in Google Maps, hush an incoming call, pause a video, and dismiss an alarm. It’s not a stretch to assume that these will eventually make their way to the alleged Ocean Life.

Stay tuned for more on the Ocean Life the moment more details emerge in the months ahead.