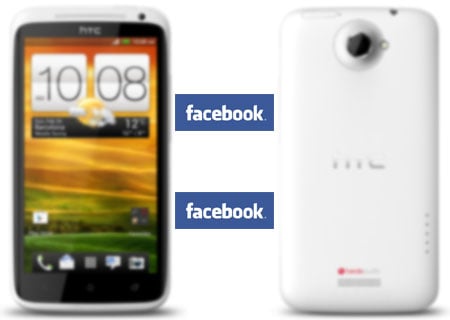 The HTC Myst is the latest that comes our way in terms of a leak, and this one is adjudged to be the ‘next Facebook phone.’ It is only called that because it is supposed to have a dedicated button that will take users directly to the SNS.

And along with the Myst #UL (as it is also known), a few of its specs have been flashed at us. There could be a display spanning 4.3 inches diagonally with a 720p resolution, capable of throwing out visuals at a pixel density of 320ppi.And it will use the Jelly Bean (Android 4.1) OS, of course.

Instead of the earlier speculated 1GHz processor, the phone will tuck away a dual core MSM8930 Snapdragon CPU from Qualcomm which is made to tick at a speed of 1.5GHz. There should be 1GB of RAM taking care of how all the apps and processes run, while to suit users’ hoarding needs, 16GB of internal storage is expected to be in place. However, it won’t be possible to expand this in-built memory capacity. At any rate, that’s what the rumor says.

This would mean that those interested in the prospect of having said social networking functionality will just have to make do without memory expansion, and might find that having no microSD card slot is quite a deterrent. But on the up-side, there should be the whole suite of Facebook applications such as Messenger, with free voice calling by then.

Also expected is a 5MP main camera on the back with a 1.6MP webcam to be used when engaged in video calls. And as Unwired View is reporting, the phone is expected to have the regular connectivity options such as Bluetooth 4.0 and Wi-Fi, in addition to LTE and HSPA.

The Facebook phone has arguably been more speculated than practically anything else, mostly because we’ve never seen it. But in the second half of 2011, the SNS, AT&T and HTC got together to bring to market a mid-range handset with a dedicated Facebook button, the Status or the ChaCha, whichever is preferred. Even Nokia has jumped onto the connectivity bandwagon with its Asha 205.

Everything about the HTC Myst #UL (or whatever it will eventually be named) at this moment in time must be cast in the rumor pile. There isn’t even a time frame for a launch, let alone a release date.