HTC’s Google Nexus 9 is everything rumored, but pricey

HTC has officially made its comeback in the tablet game and we couldn’t see a better way for it to have hit the market again other than as Google’s Nexus 9 maker. The new flagship Android tablet is powered by the 64-bit Nvidia Tegra K1 processor and it offers top-of-the-line features.

And to take full advantage of the new silicon, the Google Nexus 9 comes with Android L that’s officially called version 5.0 Lollipop. The processor is a dual core one clocked at 2.3GHz and has a 192 core Kepler GPU. As rumored, the slate is an 8.9-inch one offering visuals at 2048 x 1536 pixels. The resolution isn’t a very common one and that’s mainly due to the IPS screen’s 4:3 aspect ratio. 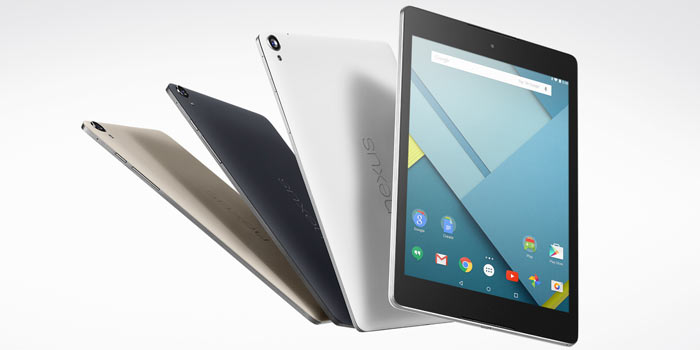 Also, there’s a coating of Corning Gorilla Glass 3 for extra protection. The sides flaunt a brushed metal finish, while the rear panel has a soft grip coating so that the slate is comfortable to hold. It measure 7.95mm thick and weight 425 grams (436 grams for LTE model).

Also see: This large plank right here is the Nexus 6 by Google and Moto, here are all the details

Being an HTC-made device, the signature BoomSound speakers are obviously onboard. Memory-provisions, however, aren’t satisfactory with 2GB RAM and storage options of 16GB and 32GB. We were expected 3 gigs of system memory and also a 64GB model. The 6700mAh battery fitted here is capable of up to 9.5 hours of Wi-Fi web browsing on a single charge.

The biggest disappointment of the Google Nexus 9 is its price. While previous tablets retailed for around $299, the 8.9-inch one will cost you $399 for 16GB of storage, $479 for 32GB and $599 if you want to add LTE connectivity to the high capacity model. The slate will be available in stores starting November 3.