The HTC One smartphone is the finest we’ve seen from the Taiwanese manufacturer and while the company is still launching new variants of the device and fresh color choices, a new flagship has landed in the rumor mill. The phone goes by the model number M8 and it will make its debut in 2014.

Unwired View notes that the famous @evleaks had disclosed the end of Q1 as a possible launch and all major carriers in the US would be stocking the device. So based on this, we could be seeing the handset at either the CES or MWC 2014. A previous leak had managed to deliver a good deal of specifications and thanks to a benchmark listing, we’ve got what is said to be confirmed hardware details. 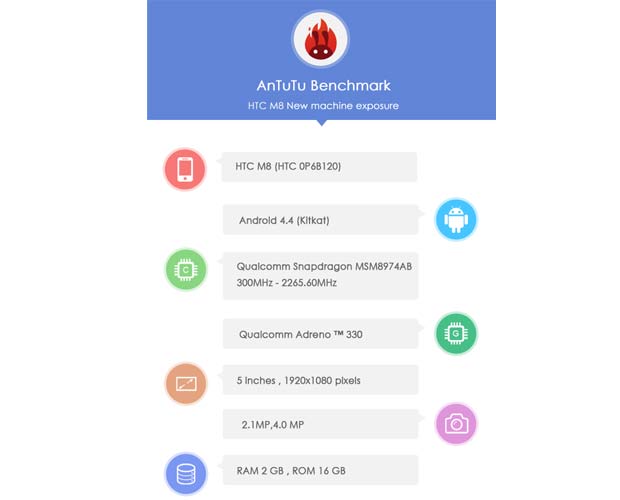 The guys over at AnTuTu found the HTC M8 in their Benchmark suite and they also state that a February unveiling is highly possible with a release date for sometime during March or April. The handset will be slightly larger than the current One flagship. Instead of a 4.7-inch display, the panel will be 5 inches wide proffering 1080p visuals.

The HTC M8 could be rocking the same 4MP UltraPixel camera as its predecessor along with a 2.1MP front webcam. The major upgrade here would be the processor, a Snapdragon 800 clocked at 2.2GHz with Adreno 330 graphics. The RAM is still 2GB and the internal memory is listed at 16GB. Hopefully, this one will have a microSD card slot. Android 4.4 KitKat will be running the show here. 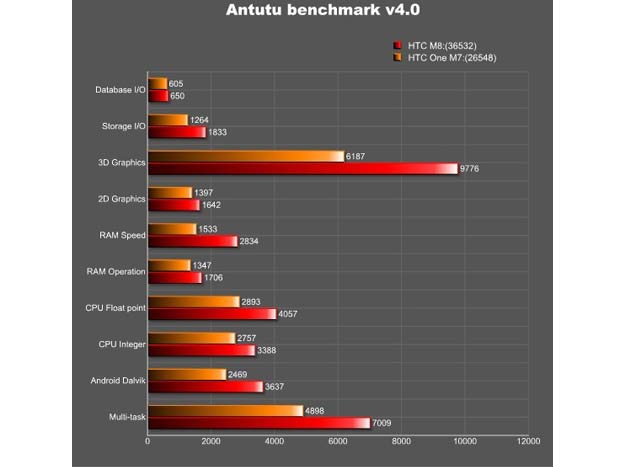 In other news, HTC has promised that it would roll out the latest version of Google’s mobile OS for the One smartphone early next year. Also, a gold-colored (not plated) variant of the flagship will go on sale across Europe.

Facebook
Twitter
Pinterest
Linkedin
ReddIt
Tumblr
Flip
Previous articleKarbonn A15+ and Karbonn A1+ Duple couldn’t get cheaper than this
Next articleSony’s Xperia Z1S will be the next flagship and not the Z1 mini, says report