HTC M8 specifications leak, device sounds like a worthy upgrade to the One

The HTC One was by many means a perfect smartphone among its contemporaries, and the Taiwanese brand now has much to work on if it wishes to keep up the legacy with its upcoming flagship, codenamed the M8. While a prior leak had provided us with a look at the apparent chassis of the said device, a new one which comes via renowned leakster EvLeaks, has revealed a few of its specifications.

It has been revealed that the HTC M8 could be packing a Snapdragon 800 chipset under its hood. By looking at the competition that’s presented by Samsung, LG and other companies’ flagships, this is by no means a surprising decision.

Sounds like the HTC M8 is — and you could probably predict — a 5-inch, 1080p handset powered by KitKat and a Snapdragon 800.

Furthermore, the handset is said to possess a 5-inch display on its front surface which means the size will feature a slight upgrade over the HTC One which had its screen dimension locked at 4.7 inches. The screen resolution will still be 1080p however.

Another no-brainer is that Android KitKat will be the preferred OS, with its improved memory performance, wireless printing options and other fresh features. But for an HTC phone, it’s the Sense layer that makes the whole difference in the overall experience. It is rumored that we’ll even get to witness the Sense 6.0 update with the upcoming M8. 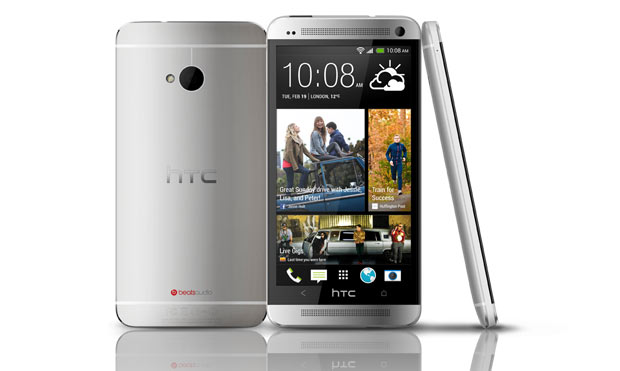 The HTC One which was launched earlier this year was well received, especially due to its impressive Ultrapixel camera, and it remains to be seen now whether its successor will also incorporate the same in its offerings. We’ll have more on the rumored HTC M8 when additional details are available.