So HTC has been rumored to be working on new variants of its flagship, a plastic version called M8 Ace and a phablet that goes by the Prime moniker. New information has surfaces suggesting that the company could bring both handsets to the market under the Advance and Plus brandings, respectively.

9To5Goole has managed to get some information out of its sources familiar with the Taiwanese OEM’s plans. The Plus model will offer a premium design consisting of a metal form factor which, according to @evleaks, is a composite of aluminum with liquid silicone. The report notes that the device won’t have the Duo Camera feature and a 13MP snapper with OIS will take its place. This information contradicts a previous leak which shows the M8 Prime or Plus, with the two-camera setup on the rear.

The new information also highlights that the phone will come with 3GB of RAM, a Snapdragon 805 processor and a 2K 2560 x 1440p display. It also notes that the panel will have the highest pixel density on the market which basically means that it will be smaller than 5.5 inches in order to honor that claim. Coming to the M8 Advance, the new details suggest that the phone will be even more high-end than previously anticipated.

The handset will have a plastic design and arrive in multiple shades. Also, the specs will be the same as the Plus model. However, we doubt this phone will have a 2K panel as leaked images suggest that the screen size will be smaller than 5 inches. 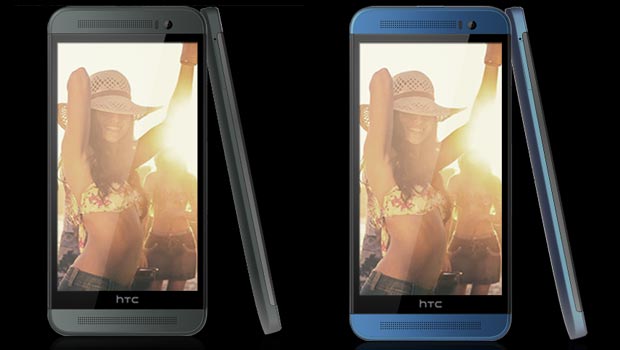 The HTC M8 Plus and Advance will go official by September, before the iPhone 6 is unveiled, notes the report. The latter phone is expected to be unveiled at an event next month and be exclusive to Asian markets.